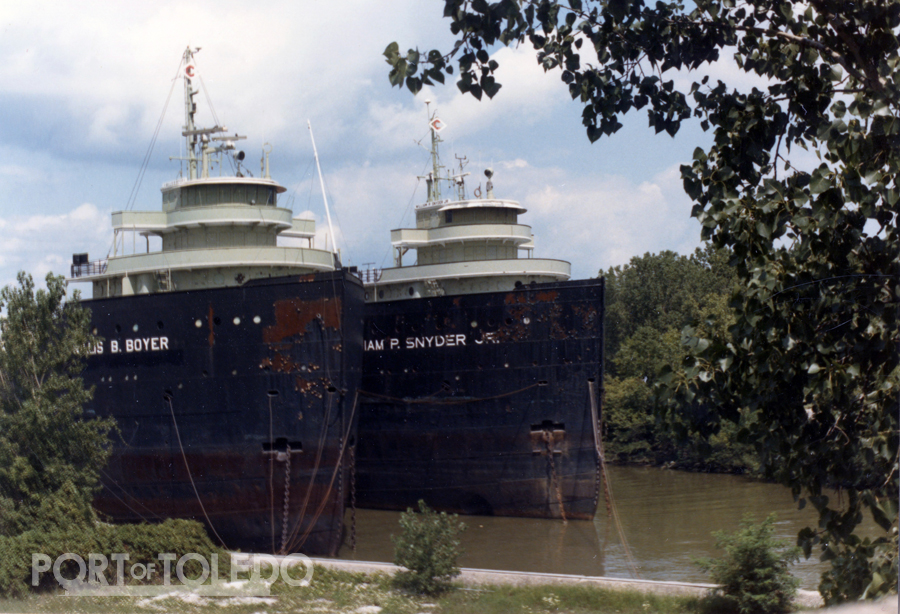 The Boyer was built in 1911 as the Col. James M. Schoonmaker and held the title of “Queen of the Lakes,” meaning it was the longest freighter operating on the Great Lakes. The Snyder Jr. was built in 1912 using the same ship plans and they shared the title of “Queen of the Lakes” until 1927. After this photo was taken, the Boyer would go on to become a museum ship in 1986 and the Snyder Jr. was towed to Port Colborne for scrapping. Click here to take a virtual tour of the Col. James M. Schoonmaker Museum Ship.

We want to hear from you! Leave a comment below to tell us about your memories connected to the long term layup of the Boyer and the Snyder, Jr.