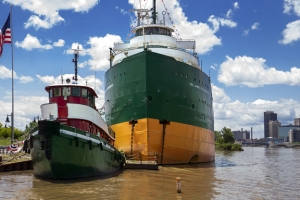 You can visit the Museum Tug Ohio between May and October of each year.  Tours are self guided, and can be supplemented with our tour app.  Monday – Saturday, the first time to board the tug is 11 AM with final disembarkment by 3:30 PM.  On Sunday, the tug opens at 12 PM and final disembarkment is at 3:30 PM. 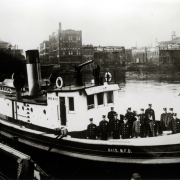 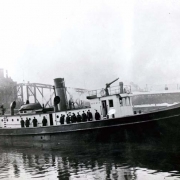 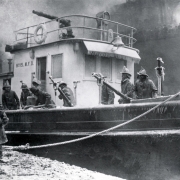 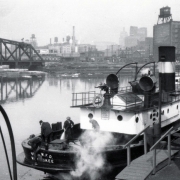 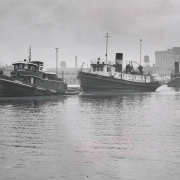 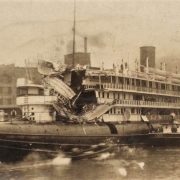 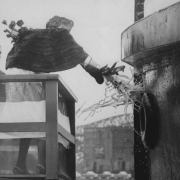 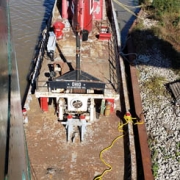 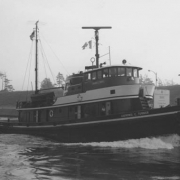 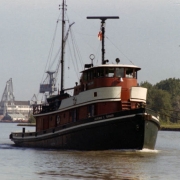 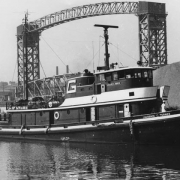 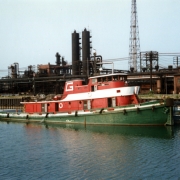 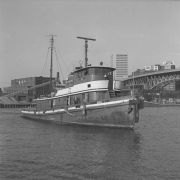 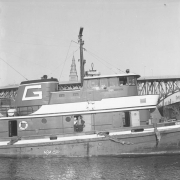 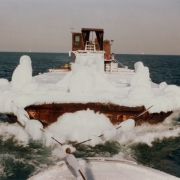 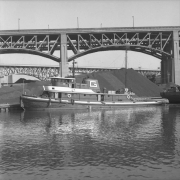 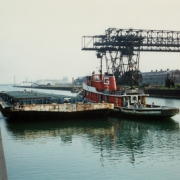 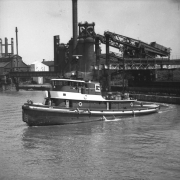 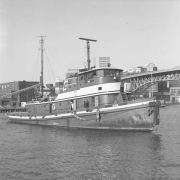 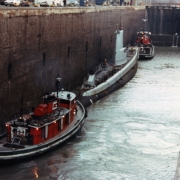 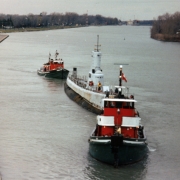 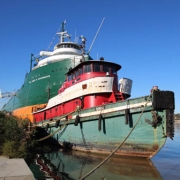 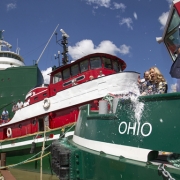 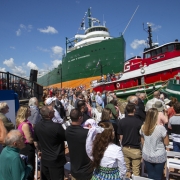 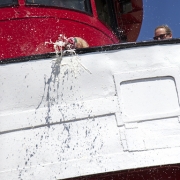 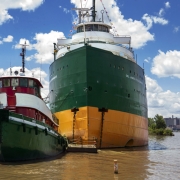 The vessel now known as the Museum Tug Ohio was originally used as a fire tug.  Built in Chicago, IL by the Shipowner’s Dry Dock Company in 1903, the MFDS 15 was for use in Milwaukee along its busy waterfront.  She housed three pumps made by the American Fire Pump Company of Seneca Falls, New York, that could spray 9,000 gallons of water per minute. She was 106 feet in length, and possessed a 26-foot beam.

Traditionally, the beverage of choice for a christening is champagne. However, in the case of M.F.D.S No. 15, which was built to serve the Milwaukee Harbor, event organizers decided to christen the vessel with the beverage that “made Milwaukee famous” — beer.

M.F.D.S No. 15 patrolled the port of Milwaukee for almost 45 years. She saw a lot of action that one might consider traditional marine firefighting. Industrial fires like the one at the Pioneer Waste Paper Company in 1930 were typical of her work. One of Milwaukee’s worst waterfront fires began at the Salt Dock and threatened much of that port, particularly after it spread to the Hilty Lumber Company. No. 15 labored for hours to help stop the spread of a fire that destroyed most of the lumber company, the Cutler- Hammer Plant and the coal docks. The Sheboygan Press noted that the fire tug made a “sensational dash through the flames” to perform its duties.

Milwaukee retired No. 15 in 1948. That same year, The Great Lakes Towing Company began a five-year rebuilding and repowering program for 25 of their tugs at a cost of $5,000,000.  Part of this effort included the acquisition of the Milwaukee fireboat M.F.D. S. No. 15 and its refitting as a tug.  In commercial shipping it is sometimes more cost effective to purchase an older hull and refit it rather than build completely from scratch.

When The Great Lakes Towing Company completed the retrofitting of the old Milwaukee fireboat at its Cleveland yard, a new tug was born and named Laurence C. Turner, to honor the president of the company at the time. The Turner was state of the art.

In 1969, the Turner had one of the most interesting tows for any tugboat on the Great Lakes when it towed a United States Navy submarine.  In 1969, Navy decided to decommission the USS Silversides in Chicago and bring the USS Runner onto the Lakes as its replacement as a training ship.  In August of that year, the Laurence C. Turner towed the USS Runner through the Great Lakes to Chicago.

One of the biggest events in the tug’s life as the Ohio occurred in 1977 when she was overhauled and updated. She received a new engine and clutch which dramatically improved the propulsion power of the vessel. New navigational and communication equipment replaced 1950s vintage equipment in the pilothouse. The Ohio’s retrofit was part of a fleet wide effort to up-grade its on-water assets.

During its life as a tug for The Great Lakes Towing Company, the Ohio made thousands of tows of freighters and barges. Each tow contributed to the economic development of the Great Lakes region and the North American continent.

In 2015, The Great Lakes Towing Company put the Ohio in layup when new Coast Guard regulations made the 112-year-old vessel obsolete. For the next three years, the Ohio sat in Cleveland in the shadow of the Cargill salt mine facilities. In this element, the Ohio suffered. In 2018, The Great Lakes Towing Company donated the tug to the National Museum of the Great Lakes to be restored as a museum ship. In the early morning of October 18, 2018 the tug Ohio was towed to the museum’s dock in front of the Col. James M. Schoonmaker Museum Ship.

The museum’s volunteers began restoring the tug in the fall of 2018, cleaning the interior and making repairs to the galley and pilothouse. Professionals handled repairs to the hull and decks as well as sandblasting and painting. On June 21, 2019, the Museum Tug Ohio was dedicated.