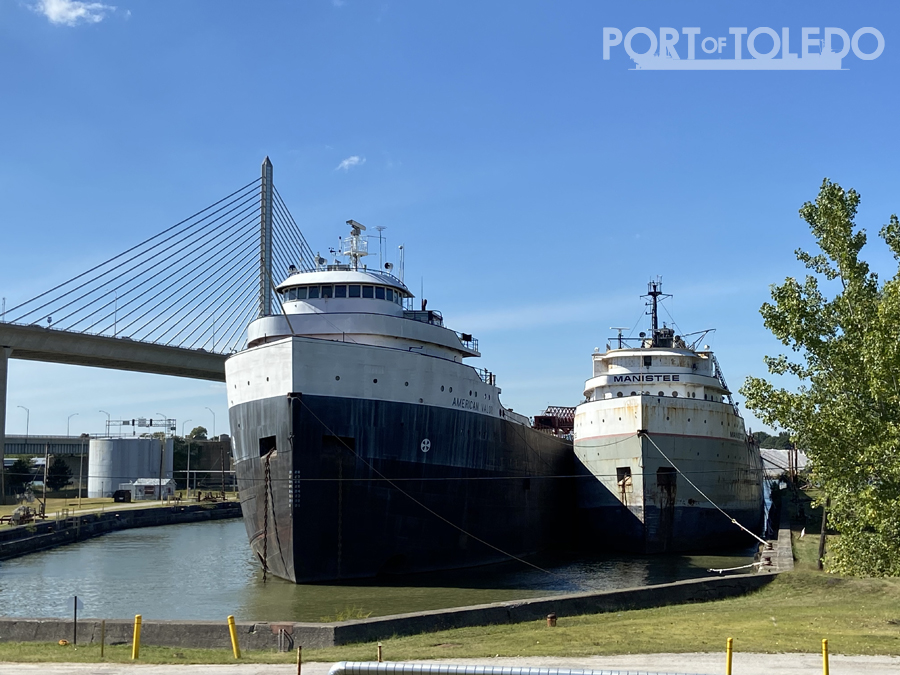 The Hocking Valley dock has long been used for layup for Great Lakes freighters. In the 1960s, two vessels were here in long term layup as seen as part of our inaugural section on Port of Toledo: Then and Now.  American Valor, built in 1953 in Lorain as Armco, was renamed in 2006.  In November of 2008 the vessel was laid up in Toledo and has not been used since.  In 2017, it was sold to Algoma Central Corp. of Ontario, with no plans for use having yet been announced.  The Manistee, ordered by the Maritime commission and launched in 1943.  The vessel was launched as the Adirondack – but upon deliver to the Riess Steamship Co., it was immediately renamed Richard J. Reiss. (The National Museum of the Great Lakes as the bell of the Adirondak on display, a unique artifact considering the boat never sailed under this name).  It became the Mainstee in 2005 and was laid up in Toledo in December 2015 with little expectation to ever sail again.