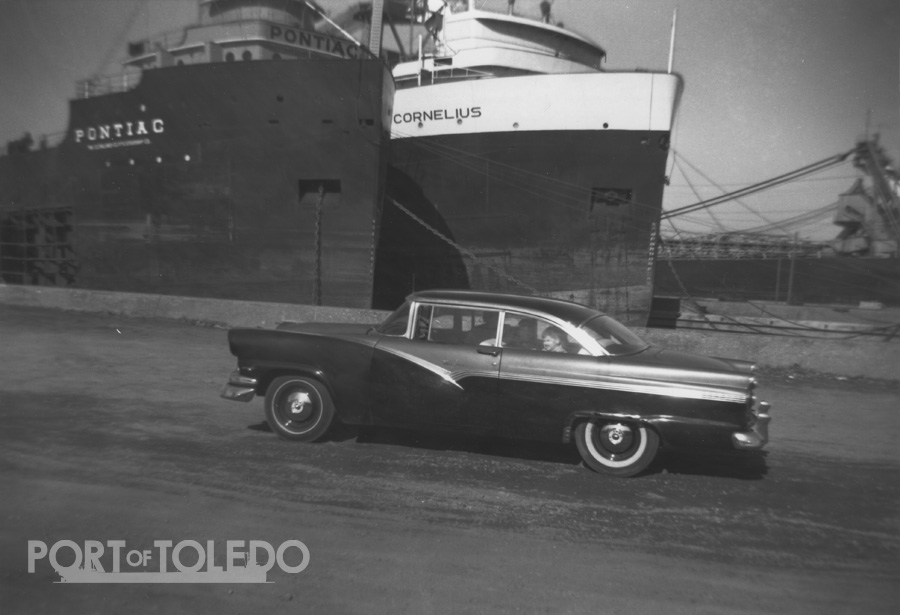 This image shows the freighters Pontiac and Adam E. Cornelius in winter lay up at the Hocking Valley Pier slip, around March 1968.  This pier is located on the North corner of Front Street and Craig Street.  In early 2020, American Valor and Manistee are both laid up in the same location.

We want to hear from you! Leave a comment below to tell us more about this moment in history, your memories connected to the Pontiac and/or Adam E. Cornelius, or experiences at the Hocking Valley Pier slip.