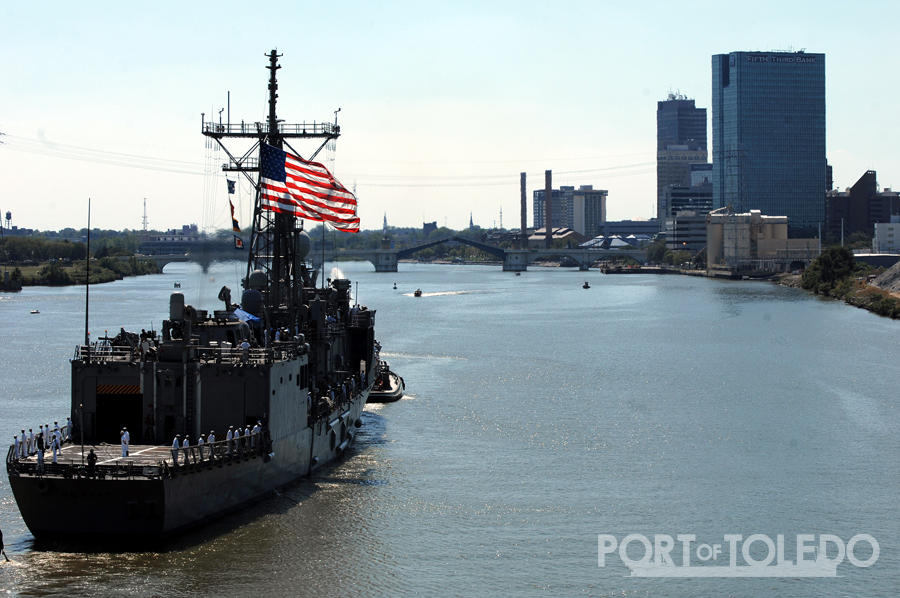 Since the War of 1812, there has been very little naval activity on the Great Lakes. The USS Michigan was the sole warship plying the waters for a long time. During WWI and WWII, many shipyards around the Great Lakes worked for the war effort by building vessels to support and fight in the war, including submarines.

In 2012, Toledo and the Maumee River held Navy Week in commemoration of the War of 1812 and the USS DeWert, an Oliver Hazard Perry-Class Frigate, was part of the fleet that sailed into town. The vessel had been built in Bath, Maine in 1982 and was decommissioned less than 2 years after this image was taken.