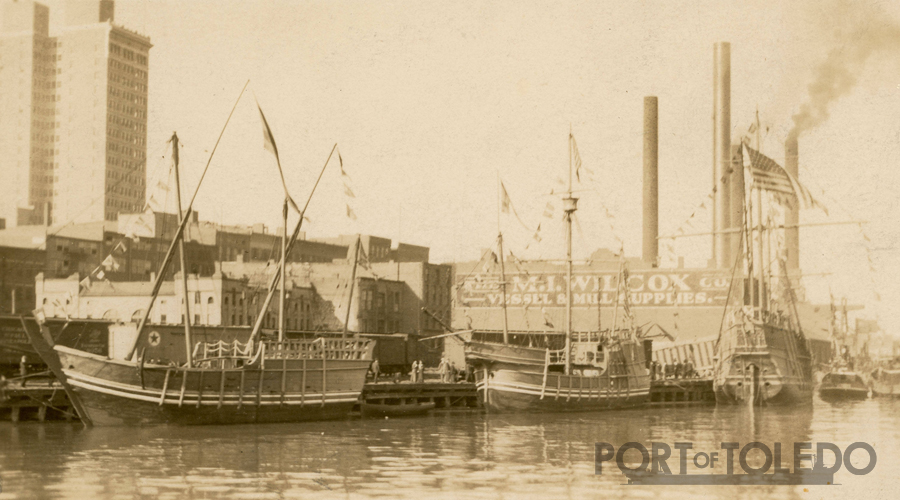 In 1893, the Spanish government built replicas of Christopher Columbus’ ships in honor of the quadricentennial of Columbus’ trip to North America.  The Nina, Pinta, and Santa Maria were sailed across the Atlantic Ocean – intended for the 1893 World’s Fair: Columbian Exposition in Chicago, which was dedicated to Christopher Columbus.  The vessels stayed on the lakes, until they were wanted for the opening of the Panama Canal in 1914.  As they left the Great Lakes, their age and wear became obvious.  The Nina and Pinta nearly sank in Lake Erie during the trip and were eventually towed back to Chicago.  Based on this story and the presence of the skyscraper in the background (the Second National Bank, built 1912-1913), this image must have been taken in 1913; the Santa Maria was able to make it to Panama and returned to the Great Lakes in 1917. The Second National Bank became Toledo Trust and is now the Riverfront Apartments.

We want to hear from you! Leave a comment below to tell us about your memories of tall ships in the Maumee River.