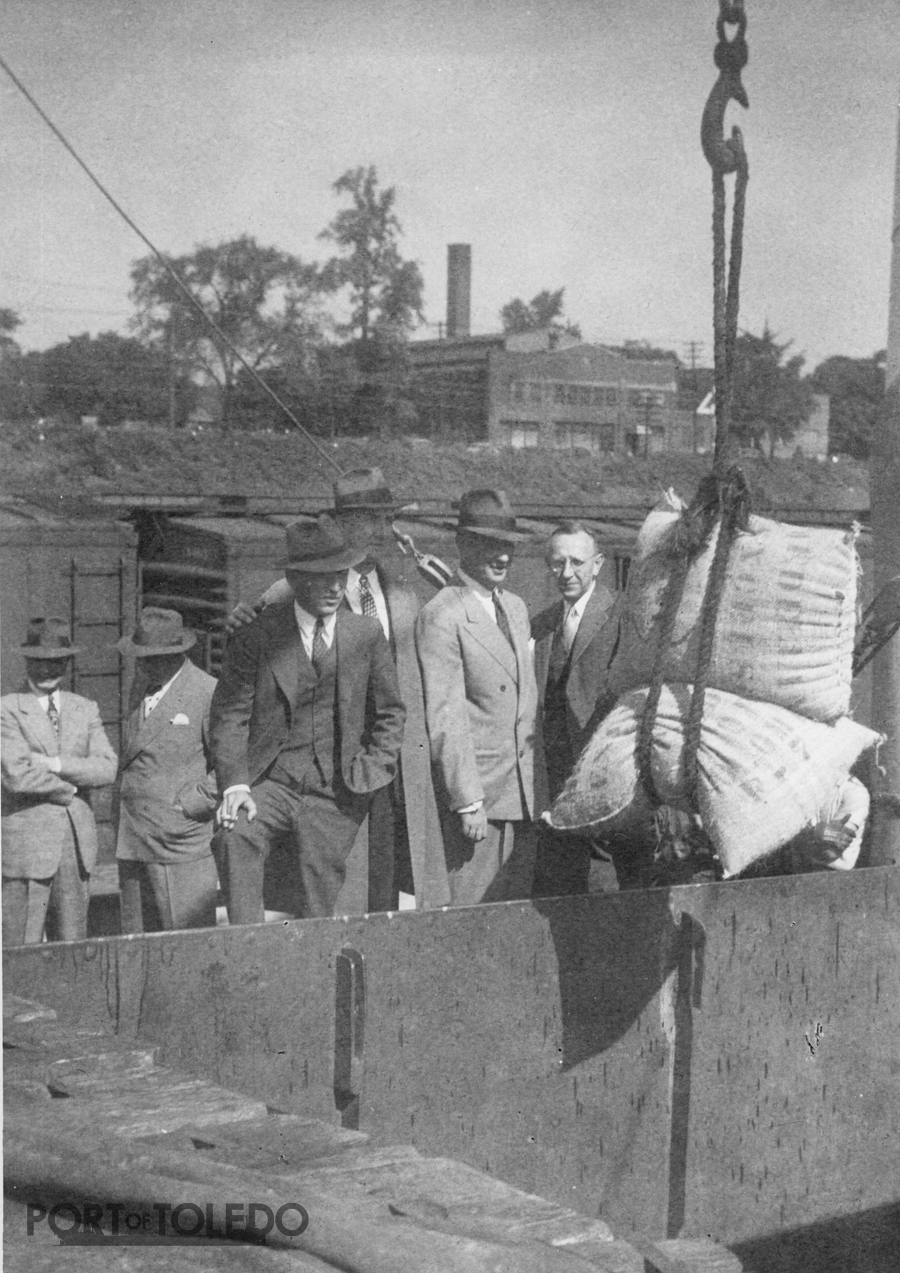 Unloading Coffee from the Polykarp, October 17, 1948

The image above shows coffee being unloaded from the Polykarp at the Hills and Pound Dock on October 17, 1948. The caption on the back of the image says “unloading first import of coffee from Polykarp.” The circumstances of the word “first” are unclear. Toledo has a long history of coffee importing and roasting companies, including Warren & Bedwell, J.B. Badly & Co., Bour Company, and Woolson Spice Company. In 1948, however, coffee (398 tons worth) was the only overseas (non Canadian) import that came into Toledo through the port. There is not a lot of available information about the Polykarp, but it is most likely a Norwegian vessel built in 1938 that sustained extensive damage in a fire in 1949 in Puerto Cabello, Venezuela after a voyage from Detroit, Michigan. The vessel arrived in Toledo before the opening of the St. Lawrence Seaway, most likely through the New York State Barge Canal, which limited the size of foreign vessels into the Great Lakes.

We want to hear from you! Leave a comment below to tell us about your memories connected to importing coffee in Toledo, or if you know any of the gentlemen receiving the shipment.