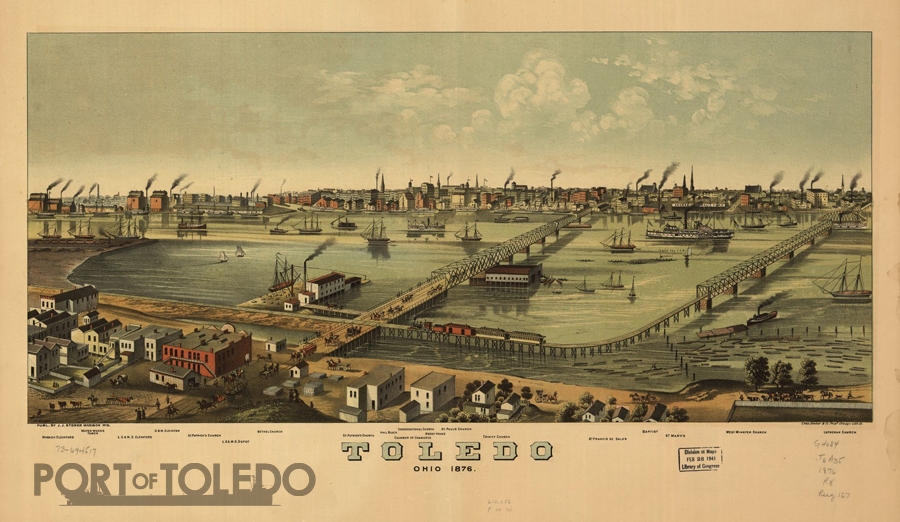 The above image looks north west across the Maumee River towards downtown Toledo and shows a staggering amount of commercial, industrial and maritime activity. Toledo was a city on the rise in 1876, with a steadily increasing population, booming businesses, and new enterprises.  As a railroad hub for multiple rail lines, it had reach into the countryside as well as onto the Lakes and beyond. The rail and shipping interests intersected with the growing industrial work in town. In 1876, grain was one of the main products shipped out of town, but that quickly moved into glass, coal, and foundries.  All developed because of the direct access to transportation.