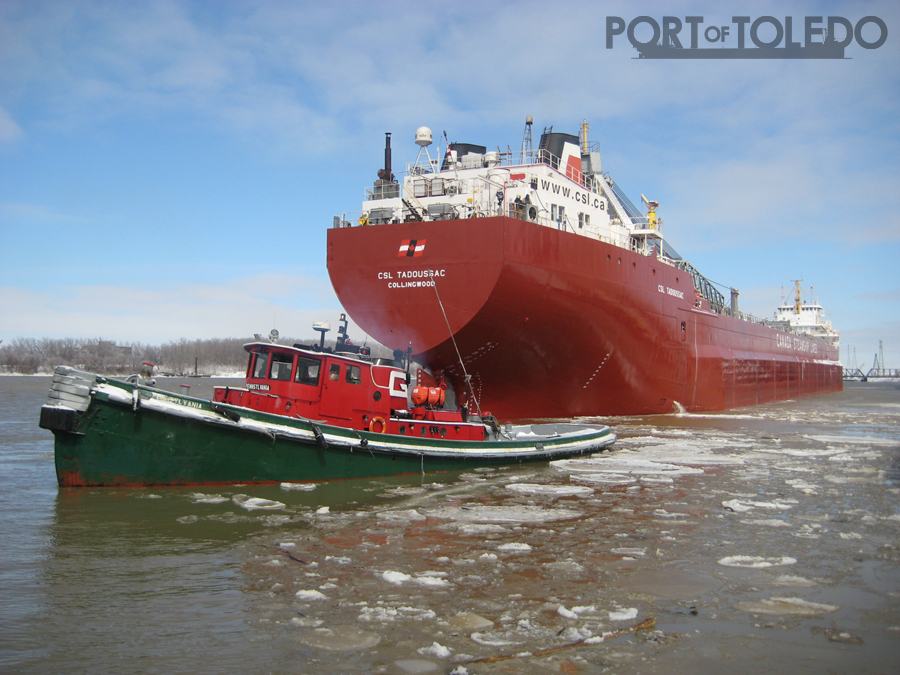 This image is rather unique and interesting upon viewing—displaying the working conditions of the early winter months surrounded by ice patches and light snowfall. In addition, the image shows the tug Pennsylvania towing the self-unloading bulk carrier in an unorthodox manner. The Tadoussac was being turned in the dock during winter layup to make updates and repairs easier for the shipyard.

The Tadoussac herself is one-of-a-kind in the Canada Steamship Company’s fleet. Built in 1969, she was the last company vessel built with a forward pilot house as well as being the first in the fleet to be established with a stern-mounted self-unloading mech. At one point, the company chose to place Tadoussac in layup and it was presumed by many that the end of her career was approaching. However, in 2018 the company ultimately came to an agreement to return her to the lakes for service where she remains an active carrier today.