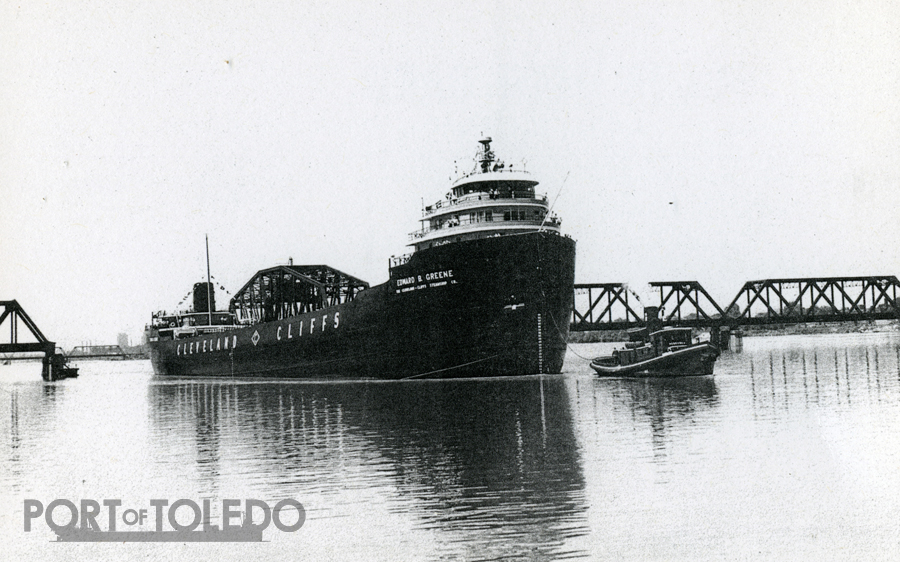 The Edward B. Greene was built in Toledo, Ohio by the American Ship Building Company in 1952. Click here to see a launch at the Toledo Shipyard. The Greene was the first vessel on the Great Lakes to be built entirely in dry dock, instead of being launched and then completed while floating. The vessel was 647 feet long and 70 feet wide and could carry about 20,000 tons of cargo. The image shows the maiden voyage on July 29, 1952.

We want to hear from you! Leave a comment below to tell us about your memories of the Edward B. Greene.