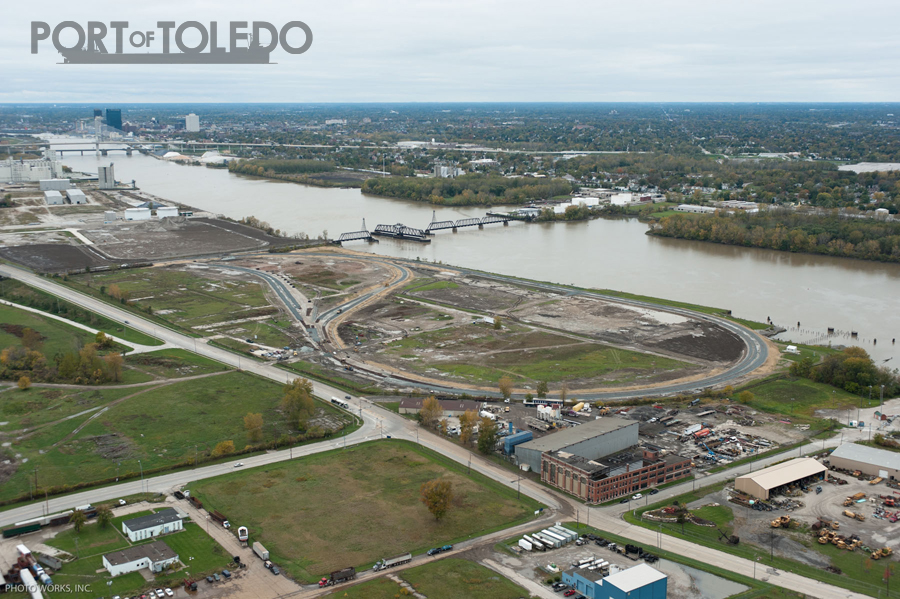 This aerial photo shows an area that used to be known as Ironville, a community on the east bank of the river that was surrounded by oil refineries and pig-iron furnaces.  In the 1960s, the City of Toledo purchased the community and homes and razed it to build an industrial park.  As can be seen from this 2011 photo, that never came to fruition.  The site is now a rail transfer terminal with Ironville Rail Co., a subsidiary of Midwest Terminals.