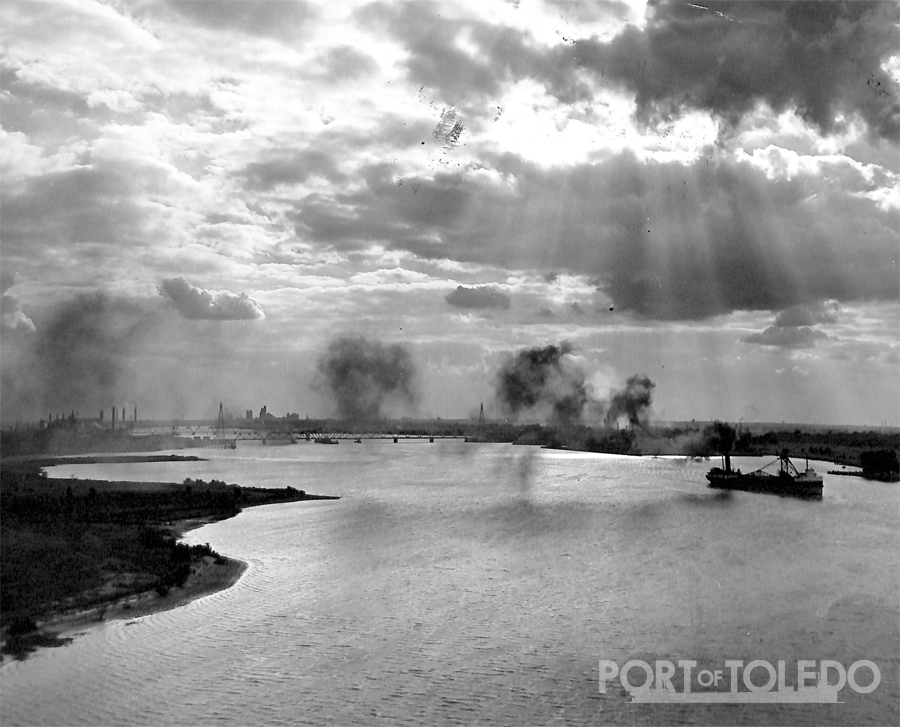 Entrance to the Maumee River

This undated aerial photograph shows the entrance to the Maumee River from Maumee Bay and Lake Erie. The Maumee River is a vital part of an extended transportation system that hinges on Toledo. Toledo’s access to the Miami and Erie Canal, along with access to Lake Erie and the subsequent railways systems, put Toledo at the center of a transportation system that would be a central part of Toledo’s economic development over the years. This image, though a distant view, shows a lot of evidence of that transpiration system, from the railway bridges crossing the river to the lake freighter in the foreground.

We want to hear from you! Leave a comment below to tell us about your memories connected to entering the Maumee River via ship.