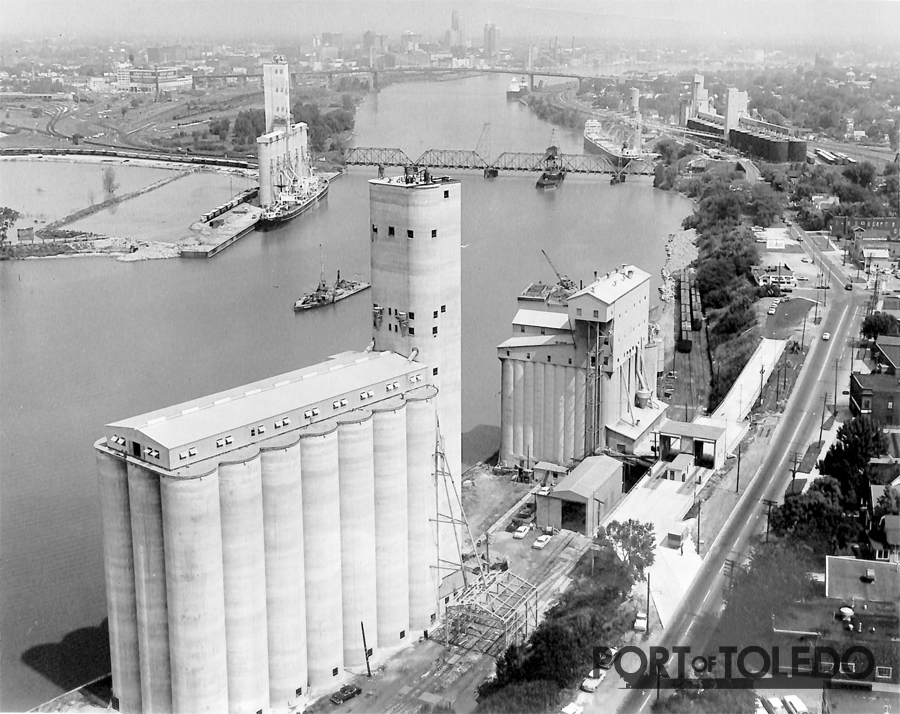 Grain Docks on the Maumee River

By the 1840s, Toledo was part of an international trade in grain coming from the farmland of the Midwest and traveling through Toledo, across Lake Erie to Buffalo, NY, then by canal boat or railway to the Atlantic Coast where it could be shipped elsewhere in American or overseas. The magnitude of this trade led to the creation of labor saving devices like the grain elevator.

The above image is an aerial view of multiple grain elevators on the Maumee River. The image is undated, but was taken after 1960, when the Andersons opened their new grain elevator (background left), designed to load deep draft ocean vessels, which could now reach Toledo, due to the opening of the St. Lawrence Seaway the previous year.