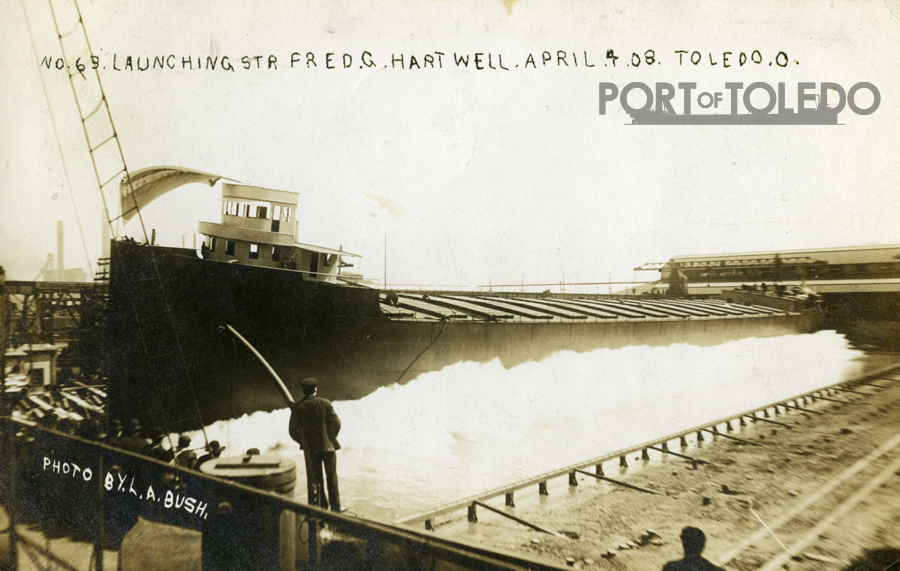 This image shows the launching of the Fred G. Hartwell at the Toledo Shipyard on April 4, 1908. (Click here to learn more about the Toledo Shipyard)  Side launchings, while not very common across the globe, were often used in the Great Lakes.  Great Lakes rivers did not have wide channels (certainly not 600 feet wide), and therefore very rarely used the more common stern-first launch.

Once a boat is launched, it still needs a bit of work and the Hartwell didn’t enter service until June 20, 1908.