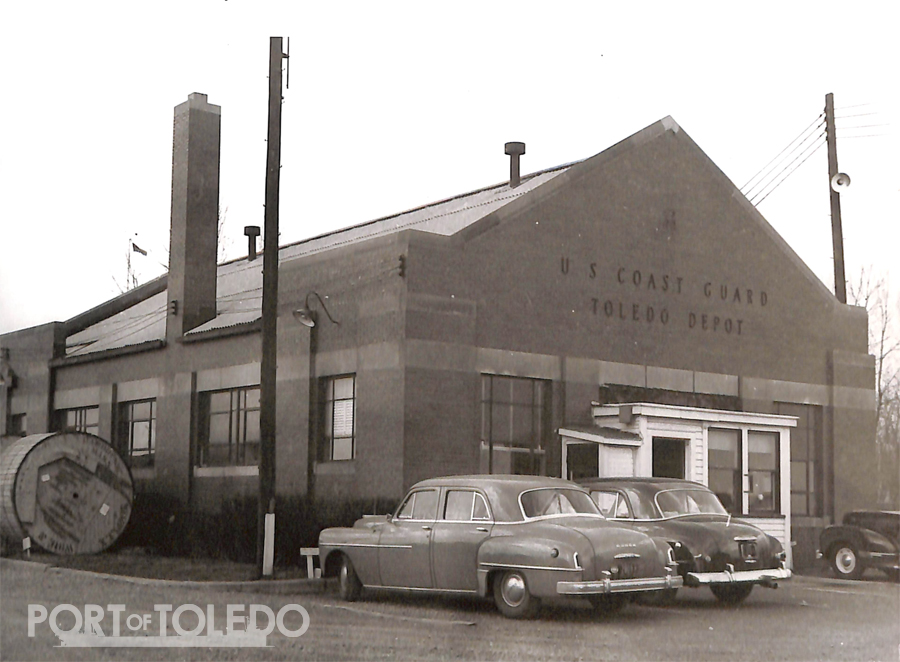 The image above shows the US Coast Guard Toledo Depot in 1945. Built as a buoy tending depot in 1938, the station was a processing point for enlisted personnel during World War II.

Although its official birth date is in 1915, the US Coast Guard can trace its lineage back to the earliest days of American history. Starting in 1790, Congress created a series of agencies to enforce shipping laws and tariffs, maintain lighthouses, inspect and document ships, and rescue victims of shipwrecks. In 1915, two agencies – the Revenue Cutter Service and the Lifesaving Service – were combined to form the US Coast Guard. Later, the Lighthouse Service and the Bureau of Marine Inspection and Navigation also were merged into the Coast Guard to further its mission of ensuring the safety and security of our nation’s waters. Today, the US Coast Guard is a key agency in the Department of Homeland Security.

We want to hear from you! Leave a comment below to tell us about your memories connected to the US Coast Guard Toledo Depot.