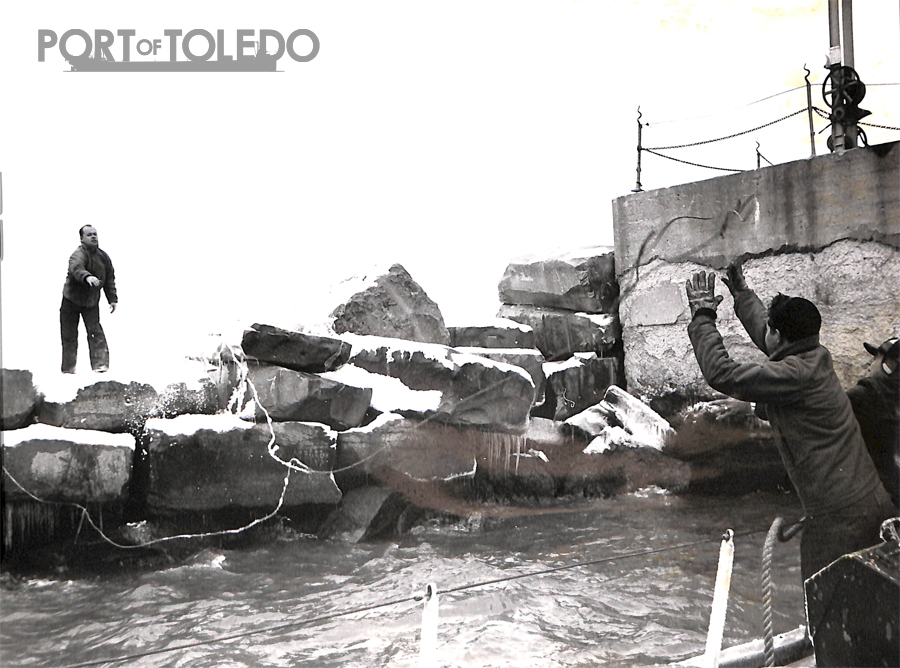 The above photo shows a boat pulling up to the Toledo Harbor Light.

The Toledo Harbor Lighthouse marks the entrance to the Port of Toledo shipping channel, standing miles from the nearest shore. The US Army Corps of Engineers designed this Romanesque structure and construction began in 1901. It was first illuminated on May 23, 1904. Operating a lighthouse was difficult work and required keepers to live on-site. The Toledo Harbor Lighthouse included living quarters for a chief keeper, an assistant, and their families. The only way to reach the lighthouse was by boat, shown in this image. This image is not dated, but we believe it was likely taken before the lighthouse was automated in 1965 and no longer needed a live-in keeper.