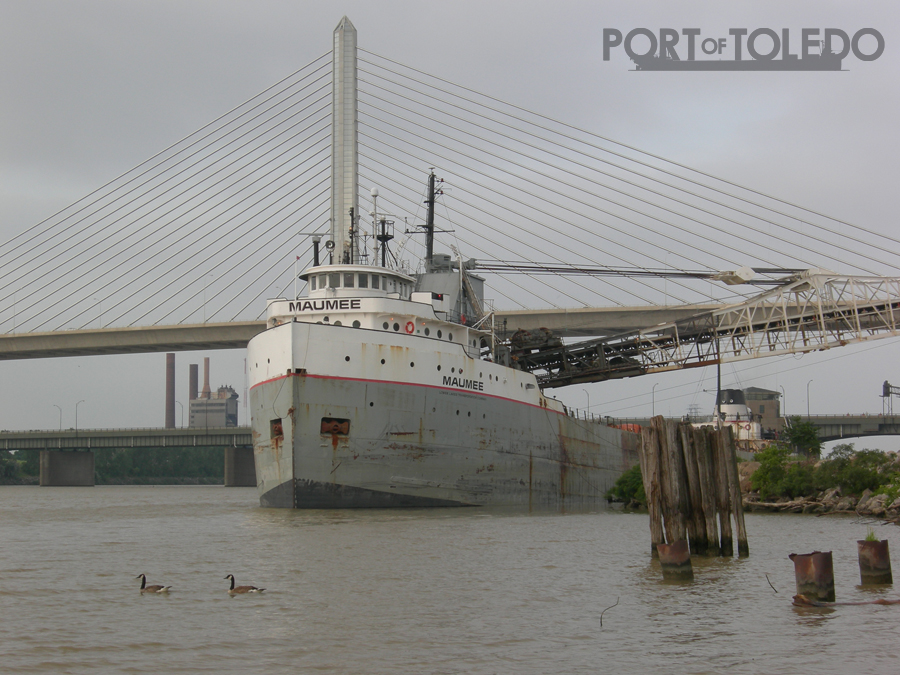 The Maumee on the Maumee River

The Maumee, a self unloader, unloads its cargo just north of the Veterans Glass City Bridge.  With the proliferation of self-unloaders, the need for specific unloading equipment, like huletts was made obsolete. Vessels like the Maumee can pull up along any riverbank and unload the salt, sand, coal, or whatever cargo they might be carrying.

The Maumee was built as the William G. Clyde in Lorain in 1929. The self-unloading apparatus was added to the vessel in winter 1960-1961. In 2001, the boat was purchased by Lower Lakes Transportation Co. and renamed Maumee. The vessel was scrapped in 2012, just 4 years after this image was taken.