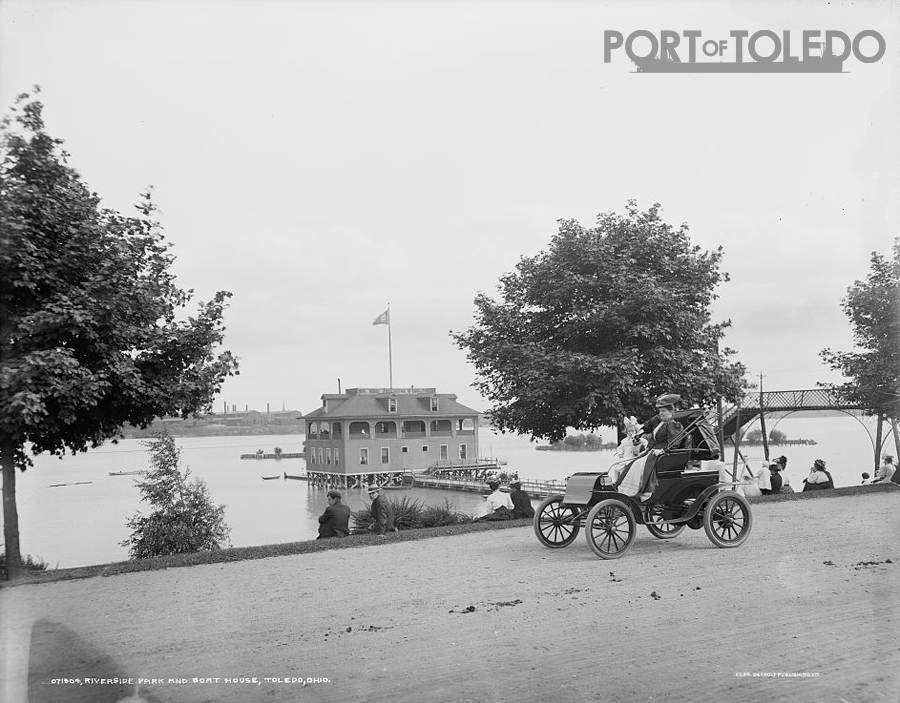 Riverside Park was a very popular waterfront park in Toledo at the turn of the 20th century. This image shows locals enjoying the river, and some out for a drive. In the 1888, Toledo Mayor James Kent Hamilton viewed Riverside Park as the beginning of an extensive park system for the city of Toledo. In the 1920s, expanding port industry encroached on the tranquility of Riverside Park and it lessened in popularity. Riverside Park was renamed in 1998 in honor of Toledoan Jamie Farr.

We want to hear from you! Leave a comment below to tell us about your memories connected to Riverside Park.