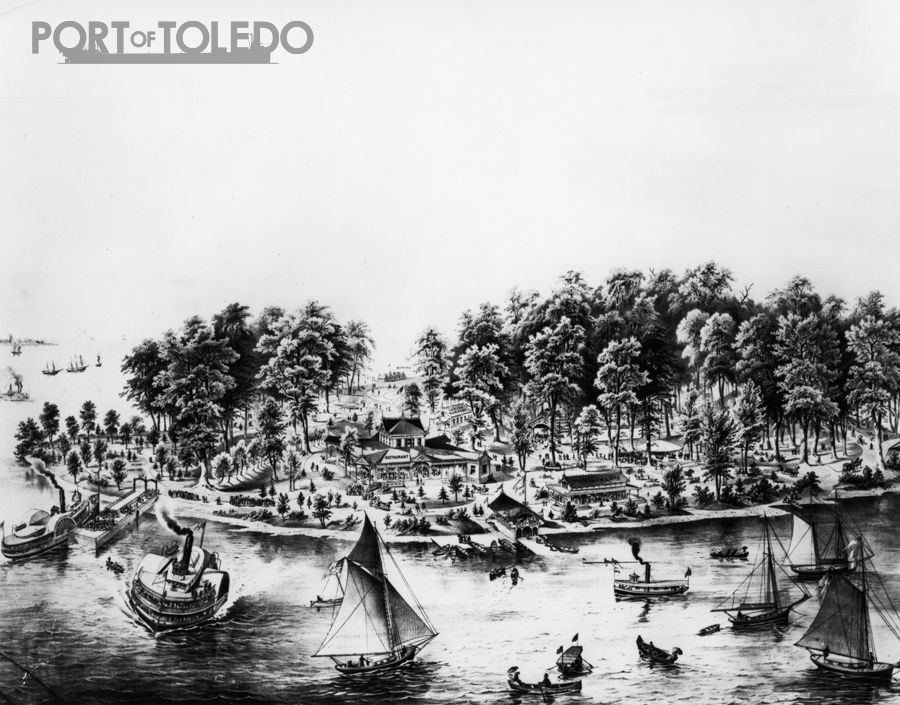 Beginning in 1884, Presque Isle Amusement Park was developed on a peninsula near where the Maumee River meets Maumee Bay. The illustration above shows a restaurant, an amusement pavilion, a boat house and many other entertainments. Many visitors arrived by passenger ship from Toledo, a few miles upriver. In 1895 they even installed a Ferris wheel, just two years after the first Ferris wheel was constructed at the 1893 World’s Columbian Exposition in Chicago. They ran into competition from the Casino at Walbridge Park and Lake Erie Amusement Park, which were easier for Toledoans to visit and Presque Isle went out of business after 1900. Click here to learn more about the Lake Erie Amusement Park.

We want to hear from you! Leave a comment below to tell us more about Presque Isle Park.