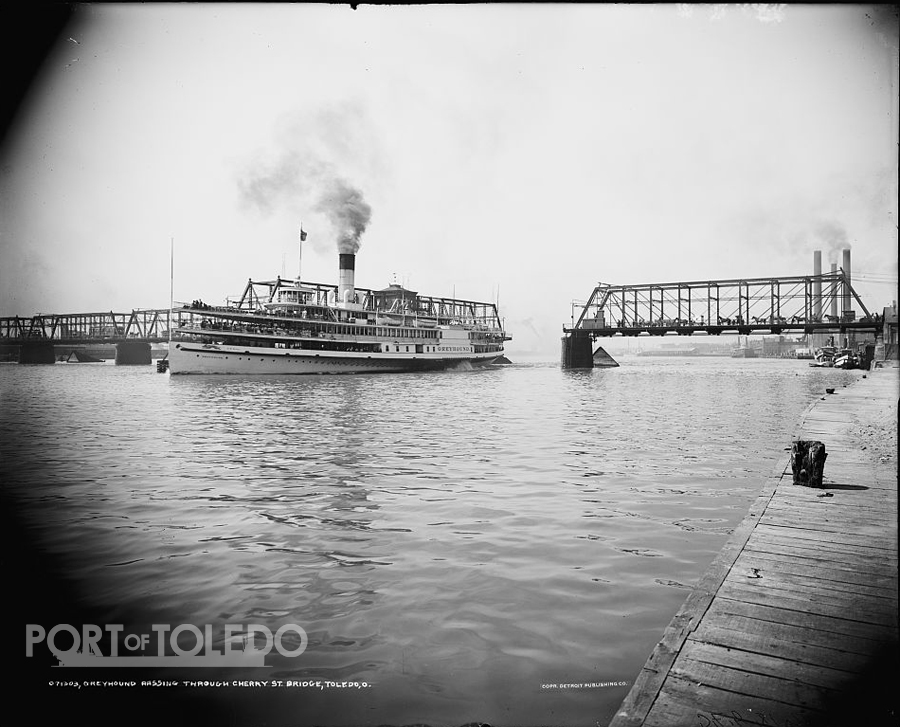 This image shows the popular Toledo dayboat Greyhound traversing the Maumee River.  Dayboats, or excursion boats, were a popular form of entertainment at the turn of the 20th Century.  A way to take the family out and get some time on the lake, sometimes it was just a cruise, and others trips might have had a destination, like Put-In-Bay or CedarPoint.  There were actually two boats named Greyhound; the second (seen here) was built of steel in 1902, but used the original Greyhound’s engine as well as the bow decorations.  This image must have been taken between 1902 (build date of the Greyhound) and 1914 (when the Cherry Street Bridge was rebuilt).

We want to hear from you! Leave a comment below to tell us about your memories of cruising the Maumee River.