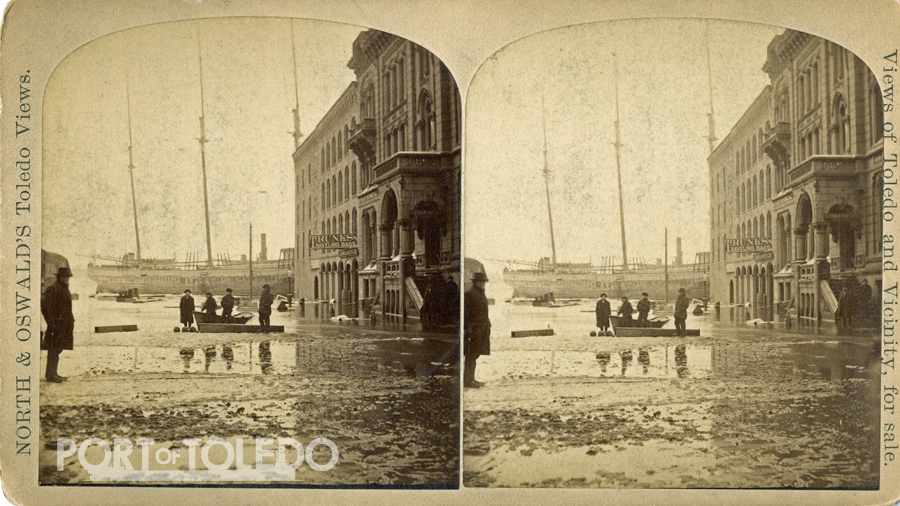 Flooding with Schooner in Layup

This stereographic image shows a winter scene on Water Street in Downtown Toledo, likely around 1881. The image was taken by photographers Alan O. North and John W. Oswald, who were in business together between 1865-1882. The schooner in the background is wintering there, as all of the yards are at deck level. One of the highlights on the image is the flooding, which was common during the winter on the Maumee River. Ice dams would form and then break, causing the built up water to overflow the river banks. Click here to see another example of a stereographic image from Toledo.

We want to hear from you! Leave a comment below to tell us about your memories of vessels in winter layup.