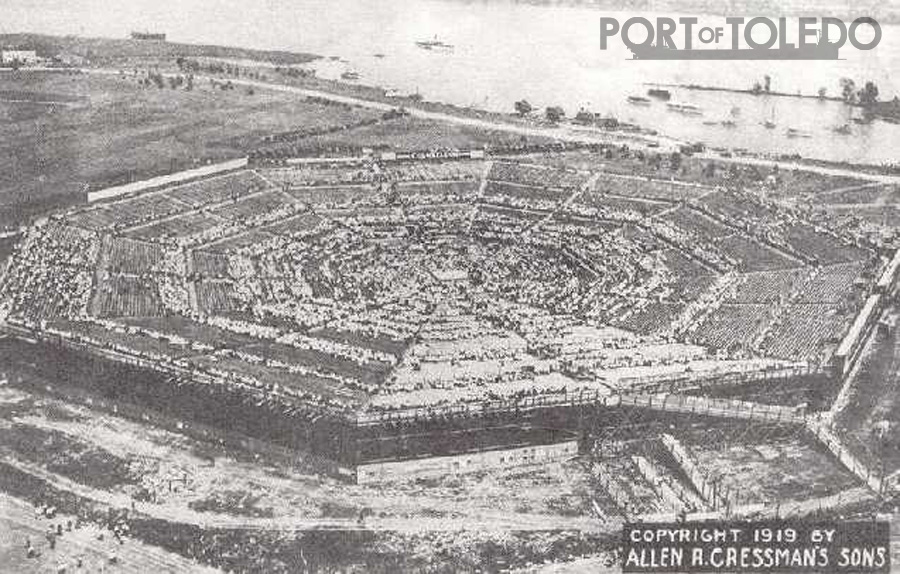 On July 4, 1919 the Port of Toledo saw one of the biggest events in the city’s history.  While not directly related to the Maumee River, Toledo’s “Day in the Sun”, the fight between Jack Dempsey and Jess Willard, occurred right on the banks of the river.  On May 15 of that year, 300 carpenters began building a temporary, 97,000 seat stadium in what is now the Bay View Retirees Golf Course.  The fight was held on July 4, 1919 and it was almost 110 degrees in the bright sunshine when the first punch was thrown.  Soon after that, the entire structure was dismantled and the fight was just a memory as one of the bloodiest bouts of boxing ever.

We want to hear from you! Leave a comment below to tell us about your knowledge of the Dempsey-Willard Fight.