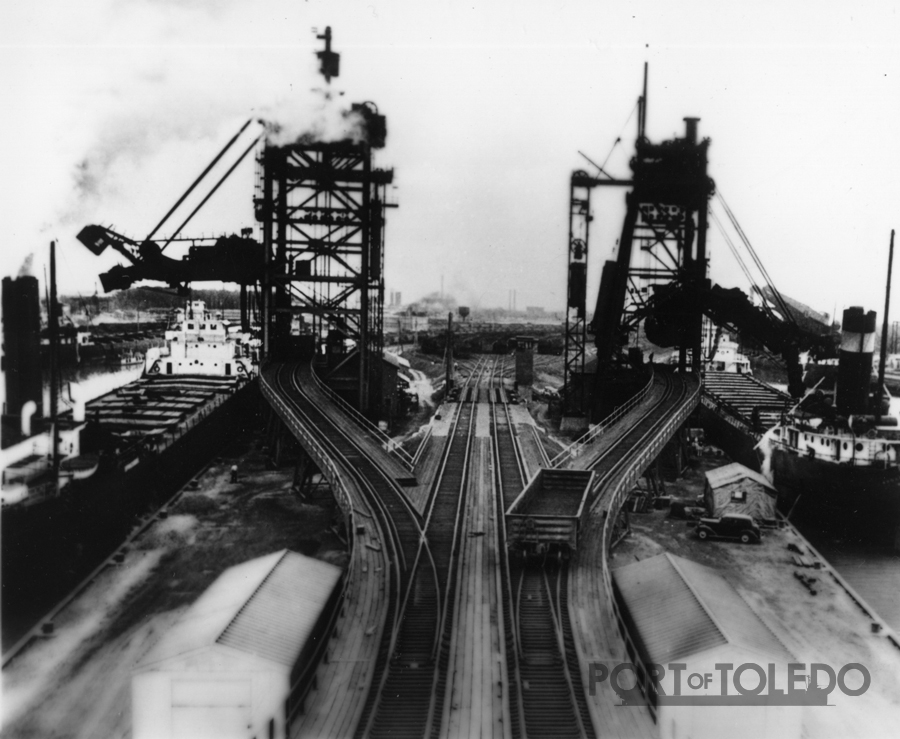 The main cargos coming in and out of Toledo in the 20th century were coal and iron ore.  Iron ore was shipped into the Maumee River and sent to the foundries around town. Coal, mined throughout coal country, came into Toledo via rail and was shipped up the Great Lakes for power plants in Wisconsin, Minnesota, and beyond.

These coal dumpers were the easiest way to load cargo.  Rail cars full of coal went up the track, were dumped onto a conveyor belt that then could swing out and deliver the cargo directly into the hold of the ship.  If the ship was a self-unloader, that arm would be swung out on the opposite side of the ship to give the loader access to the hatches.

We want to hear from you! Did you ever work with the coal dumpers? Leave a comment telling us what that was like.