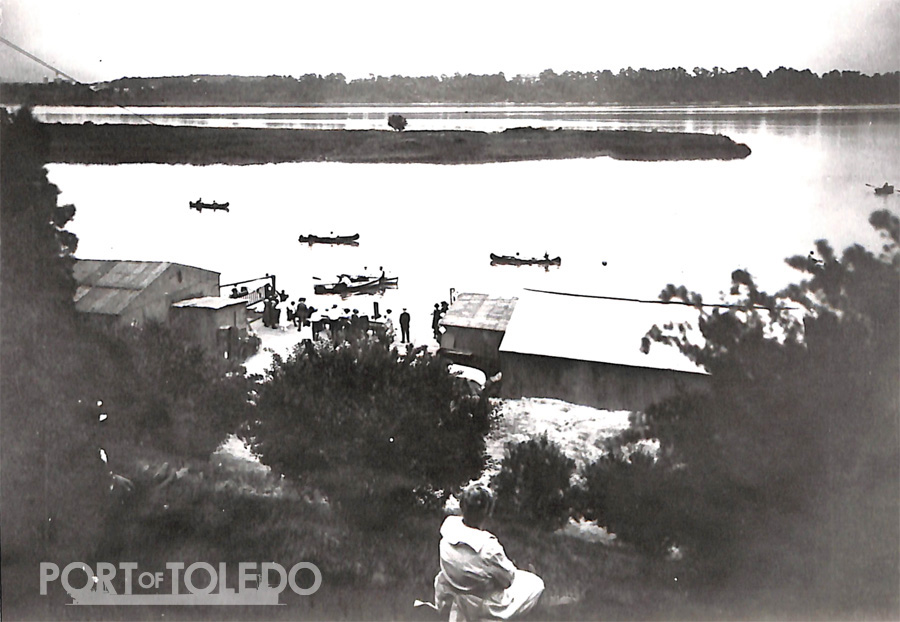 The land for the first Toledo public park was purchased in 1871.  That initial spot was known as Lenk Park.  In 1895, after adding additional acreage, it was named Walbridge Park in honor of Horace Walbridge, who was instrumental in beginning Toledo’s park system.  A boat rental, Ott’s Boat Livery, opened in 1898 and offered row boats and canoes.  An amusement park was built in 1899.  By the 1920s, Walbridge Park was Toledo’s favorite park, where all kinds of activities were taking place.

We want to hear from you! Leave a comment below to tell us about your memories connected to Walbridge Park or canoeing on the Maumee.

This exhibit is made possible by visitors like you.  Please consider making a donation to the National Museum of the Great Lakes to help us continue our important work of preserving and making known the history of the Great Lakes.