The recent decisions concerning the construction of the St. Lawrence Seaway call to mind a lesser known plan which was advanced and discussed during the Civil War. This was a proposal to enlarge various canals in New York and Illinois so that naval vessels could be brought into the Great Lakes. President Lincoln took an active part in fostering this plan. 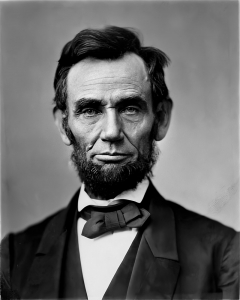 It all began on February 20, 1862, when one of Lincoln’s friends and supporters, Representative Francis Blair of Missouri, introduced a bill in Congress for the improvement of the Illinois and Michigan canal system. According to this proposed bill Illinois was to turn over the canal bed to the federal government to be managed by a board of commissioners appointed by the secretary of war. The government was then to defray the cost of widening the locks so that large naval vessels could enter the Lakes. When the initial cost had been repaid, the canal was to be returned to the state of Illinois.1

Both Blair and Representative Isaac N. Arnold, another of Lincoln’s old friends from Chicago, championed the proposed measure in the House. It might be surmised that Lincoln was also quite interested in a proposed measure which would benefit his own state.

While this proposal was being discussed in Congress, a law was passed by the New York legislature proposing that the federal government be asked to supply funds to enlarge and improve the locks on the Oswego and Erie canals, to build an extension of the latter system from a point at or near the town of Clyde to Great Sodus Bay, and to enlarge the Champlain canal. In return for paying the cost of these projects the government was to be given perpetual right of free passage through the New York canal system for its warships and transports.2 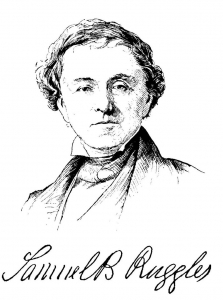 A joint resolution referred the entire matter to the governor with instructions to bring the problem to Lincoln’s attention. For the president’s edification a special memorial was prepared by Samuel B. Ruggles, who had been canal commissioner of New York for many years. Ruggles’ memorial, which was forwarded to Lincoln in June, was a masterful statement of the case for federal assistance. He urged Lincoln to consider the advisability of enlarging the New York canals and locks for several reasons. The first was its desirability from a standpoint of military necessity. It had been pointed out already by the House Committee on Military Affairs that British naval vessels could easily control the Lakes; Ruggles’ report merely amplified this earlier claim.

Anglo-American relations were at a low ebb in 1862. The Trent affair had done much to disturb both countries, and there was much justification for fearing possible English naval intervention on the Lakes despite the Rush-Bagot agreement. The British press was very belligerent as can be seen from the following typical example from the London Times:

As soon as the St. Lawrence is opened again there will be an end of our difficulty. We can then pour into the lakes such a fleet of gunboats, and other craft, as will give us the complete and immediate command of those waters. Directly the navigation is clear, we can send up vessel after vessel without any restrictions, except such as are imposed by the size of the canals. The Americans would have no such resource. They would have no access to the lakes from the sea, and it is impossible that they could construct vessels of any considerable power in the interval that would elapse before the ice broke up. With the opening of spring the lakes would be ours.3 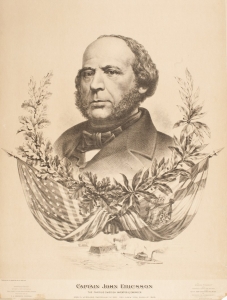 As a defensive measure, John Ericsson, who had engineered the Monitor, had been asked to design a vessel adequate to defend the Lakes. His blue prints called for a special ship twenty-five feet wide, two hundred feet long, and drawing six feet, six inches of water. These vessels could serve on the Lakes and high seas as well. There was only one rub; in order to pass such vessels through the New York canals it would require locks displacing at least 38,500 cubic feet of water, and the locks then in existence displaced only 13,800 feet. It was to correct this situation that the New York legislature now called for federal funds. The Canadian locks at the St. Lawrence rapids displaced 72,000 cubic feet, and those on the Welland Canal displaced 31,200. It was quite evident that the British were in a better position to send naval vessels to the Lakes than America.

The New Yorkers also claimed their canal system was a vital link in getting Midwestern goods to market and maintained that the proposed remodeling would be an economic boon to the entire nation. To any who might ask why they did not do the job themselves rather than ask for federal funds, they pointed out that the state had already spent over forty-three million on its canal system and the war made further expenditure impossible. Since the problem of lake defense was a national one, they could see no reason why the federal government should be unwilling to assist.

They estimated that the remodeling of the Erie and Oswego locks would cost $3,500,000 and the improvement of the Champlain canal $3,700,000 more. Of the billions being spent for defense and war only $ 1,676,650 had been spent on the Lakes, and so they did not feel their requests were exorbitant.4

Lincoln read the memorial briefly and referred it to the House with the following comment:

Fellow-citizens of the House of Representatives: I herewith transmit a memorial addressed and presented to me In behalf of the State of New York, In favor of enlarging the locks of the Erie and Oswego canals. While I have not given, nor have leisure to give, the subject a careful examination, Its great importance is obvious and unquestionable. The large amount of valuable statistical Information which Is collated and presented In the memorial will greatly facilitate the mature consideration of the subject, which I respectfully ask for It at your hands.5

Lincoln’s message arrived while the House was still debating the Illinois canal bill. On June 30, 1862, the original bill was amended to limit the federal grant for the Illinois project to not more than ten million, and providing three and a half million for the enlargement of the Erie and Oswego locks.6 Although the bill was urged most effectively by Blair and Arnold, it encountered much opposition. It was Thaddeus Stevens of Pennsylvania who presented the most convincing arguments against its enactment. He insisted the remodeling of the canals for defense was unnecessary. It would take four or five years to complete the task, he averred, and the British menace was an immediate one. It would be far more sensible in the event of a British attack to send an American army northward to decommission the Welland Canal – a project which would cost little and would accomplish the same results. At every turn this master of invective countered the arguments of the pro-canal group, and in a series of caustic diatribes he ridiculed their fears of England and their proposals. 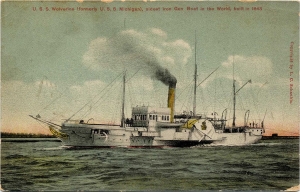 The economic justification for the canal was seriously challenged by Daniel Voorhees of Indiana, who in several speeches declared that the midwest’s future was more closely identified with the Mississippi River than with New York’s canals. As for the Illinois canal proposal, he insisted that it would be better to spend the money improving Indiana’s canals. Throughout the debates it was quite evident that political partisanship, sectional, and state jealousies were too great to overcome.

In the end the proposals were tabled, including an alternative plan for constructing a canal at Niagara Falls. One of the prime arguments for the canal disappeared when the British menace was dissipated. Their economic arguments in favor of the canal also proved to be unsound. It was true that the midwest’s future was bound up with New York, but it was its railroads and not its canals which eventually provided the chief means of egress for goods. The military and economic arguments were revived from time to time as justification for Great Lakes improvements, and it was these arguments eventually which brought success for the proposed St. Lawrence Seaway.