The Motor Vessel Roger Blough, at the time, at 858 feet, the largest vessel ever constructed entirely on the Great Lakes, was scheduled to be christened on June 5, 1971, and I was scheduled to pray the christening prayer for the ceremony. I was honored, of course, although at the time I had no particular interest in Great Lakes shipping. (It has since become a passion!) I had been asked to take part by an American Ship Building Company executive who was a member of my congregation in Avon Lake, Ohio. Then things changed. George Steinbrenner decided that he wanted “his” pastor to have that honor so I was given several token gifts to salve my feelings, and was offered the opportunity to take part in the christening of another vessel to be launched by the AmShip Division of the American Ship Building Company in Lorain, the Paul Thayer. The Thayer, much smaller than the Blough, was a 630-foot, “River-Class” boat to be operated by the Kinsman Marine Transit Co. carrying ore up the Cuyahoga River to the Jones and Laughlin Steel Corp., a subsidiary of LTV Steel. 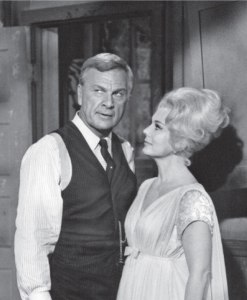 Eva Gabor and co-star Eddie Albert on the set of Green Acres.

The christening date was October 27, 1973. I arrived bright and early for the continental breakfast that preceded the actual christening ceremony. I need to mention that the person at the event who was the most famous was not me, or even George Steinbrenner, but Eva Gabor of the famous (or infamous) Gabor sisters. Miss Gabor was married at the time to Frank G. Jameson, an aeronautics executive and philanthropist who was to speak at the ceremony. (I’m not clear on why he was the speaker.) Eva had the reputation of being the “nice” Gabor sister, and was most famous for starring in the television series “Green Acres.” In fact, a newspaper clipping from the time says, “There is little doubt that the MV Paul Thayer, newest self-unloading ship on the Great Lakes, is probably the most glamorous. This column mentioned a week ago that TV star Eva Gabor, whose new husband Frank G. Jameson, is speaking at the event, would be present for the christening of the Thayer… According to a report of the event in the Lorain Journal, Eva Gabor was not only there, but she stole the show.”

So there I was sitting alone while munching my Danish, introverted as I was. When Eva Gabor noticed me across the room sitting by myself she caught my eye and called to me, “Reverend, come sit by me.” I may have been introverted but I was not stupid…and like a little puppy dog I scampered right over. We had a delightful conversation and I confirmed that she was indeed the “nice” Gabor sister.

The christening went on as scheduled, I prayed my prayer, then travelled to the Elyria Country Club where the christening luncheon was served. I was asked to offer the blessing there and did so. I still remember that after the luncheon only two people thanked me for my participation, George Steinbrenner’s mother — and Eva Gabor. A special lady indeed!

The Paul Thayer still sails the Lakes. Her name was changed to Earl W. Oglebay for the Oglebay Norton fleet in 1994. After sailing briefly as the Earl W., she is now the Manitowoc as she sails for Grand River Navigation. Eva Gabor, although best known for her “Green Acres” role, “was a successful actress in film, on Broadway and on television. She was also a successful businesswoman, marketing wigs, clothing, and beauty products.” {Wikipedia.} She died on July 4, 1995, at the age of 76.

I’m quite sure that Eva Gabor never thought of me again, but I have thought of her often as I have told and retold, and now written, the story of “Eva and Me.” 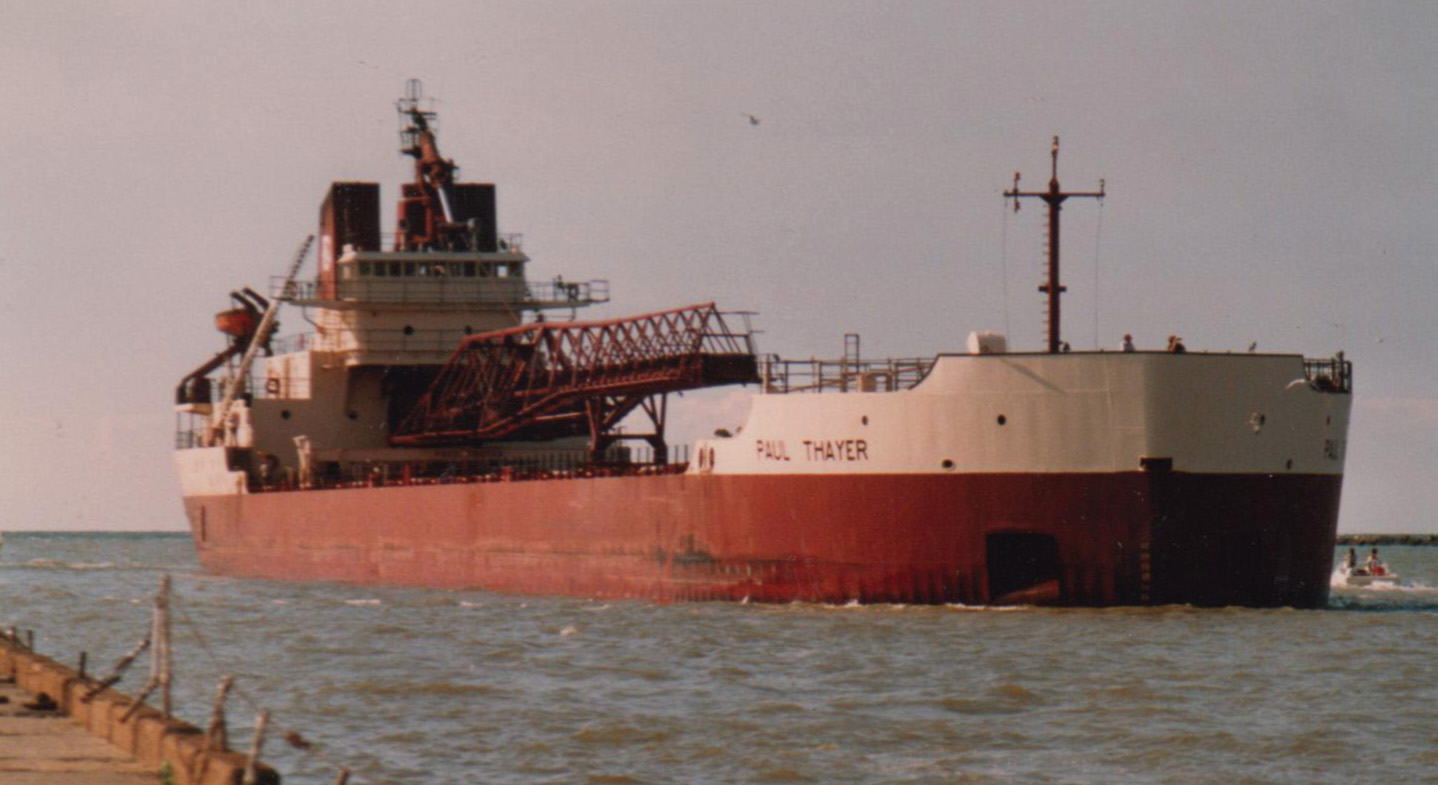 About the Author: Al Hart is a Trustee of the Great Lakes Historical Society, serves as chair of the Society’s Publications Committee and is a photo editor for this journal. He is an avid collector of Great Lakes photographs and a self-proclaimed boatnerd.