The Grand Old Lady of the Great Lakes is dead. 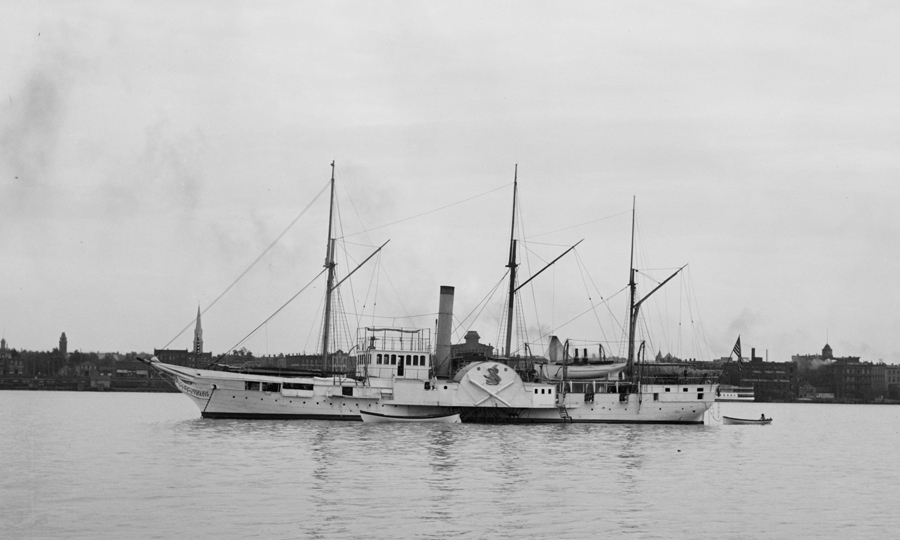 Seldom has a ship been so greatly loved by so many. In her life of 106 years, she trained many of the greatest officers of the Old Navy. On her decks [Charles V.] Gridley, Commander of the Olympia at Manila Bay on May 1, 1898, began his naval career; on her decks Stephen Champlin, Commander of the Scorpion at Perry’s Victory in 1813, ended his long naval service. And many others: Commander John Champ Carter, whose granddaughter still tells the stirring story of that night in 1864 when a gang of Confederates plotted to capture the ship and use her as a commerce raider on the Great Lakes, and came within twenty minutes of succeeding! Captain Andrew Bryson, who helped General Meade suppress the Fenian War and the invasion of Canada in June, 1866. Commander Charles H. McBlair, who took her to the Beaver Islands, Michigan, to arrest “King” Strang and disperse the Mormon colony there, in 1856. 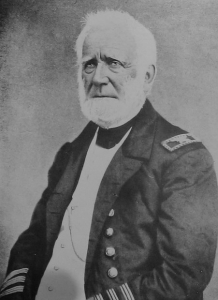 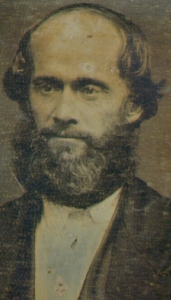 Personality? She has It, as every man who sailed in her knows. She knows what she wants. It was in 1924, on her eightieth birthday, that one of her two cylinders blew up. Not a defect in the engine, but failure due to old age. But she wanted to go home, a thousand miles away, and home she limped, on her one good cylinder, just barely turning over at three miles per hour, by the grace of God and good weather.

Personality? She was not launched on December 5, 1843. She launched herself, that midnight, when no man saw her. Personality? In 1927, while she was being towed over to a mud bank in a far corner of Erie harbor appropriately named Misery Bay, three times she took a sheer off to the north and headed for the open lake where she belongs; three times the tow line brought her up short, and the last time she swung around and charged the tug, missing it by a bare twelve inches. When at last she was pushed up on the bar for her last resting place, with a final gesture she kicked that tug up on the bar too, where it stayed for several days.

Personality? In June 1949 she was towed in ignominy to the scrapping yard. But there is pride in the Grand old Lady yet, pride in her tatters, although she has been neglected for 25 years. The simple job of towing her should have been done in three days; she resisted every effort, and it required four weeks’ work to drag her off the mud bank into deep water. There she floated at ease, serene and beautiful with the smooth easy lines which only the clipper-ship builders—her descendants– could build. Her hull is as sound today as it was in 1843. Proud she is, and rightfully so; her own men, those who have sailed her, were delighted on that last journey, to see her ram the towing tug and sink it, then stop and pick up the swimmers lest she be guilty of ever doing injury to anyone. A Noble Lady.

This obituary originally appeared in Inland Seas in Spring 1949