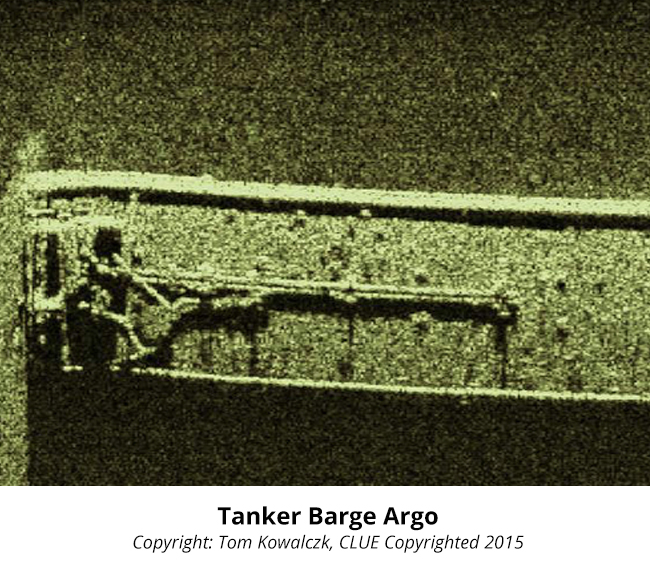 The National Museum of the Great Lakes announced on Sunday, October 25, 2015 the discovery of the tanker barge Argo lost on Lake Erie on October 20, 1937.

In 2013, the National Oceanic and Atmospheric Administration had identified Argo as the greatest potential environmental threat by a shipwreck on the Great Lakes because of her reported cargo of 100,000 gallons of crude oil.  The wreck was discovered in August during the museum’s annual shipwreck search program performed under a cooperative agreement with the Cleveland Underwater Explorers.  The wreck was discovered by CLUE member Tom Kowalczk.

The entire mysterious history of the Argo, its illegal operation on the Great Lakes, the circumstance of its loss, its fortunate discovery and its tortuous identification can be read in the January issue of Inland Seas®, the quarterly journal of the National Museum of the Great Lakes.

Argo Special: Become a member before December 31, 2015 and receive a complimentary copy of the fall issue Inland Seas®!