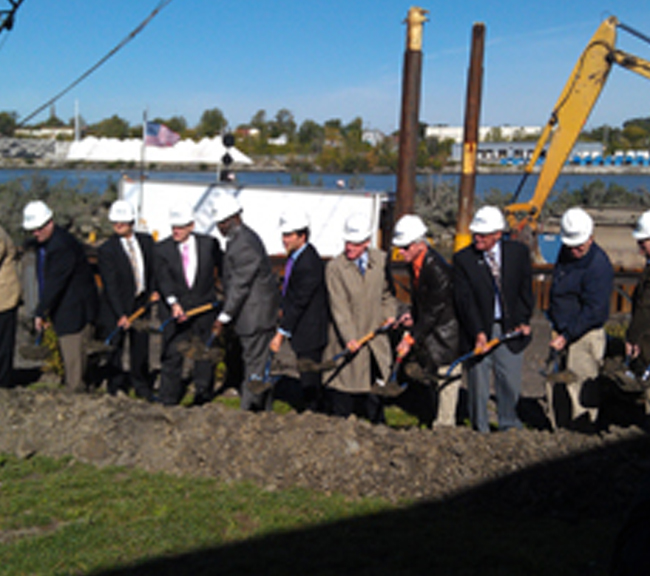 On Monday, September 24, 2012, the Great Lakes Historical Society and the City of Toledo held a Groundbreaking ceremony at the site of the new National Museum of the Great Lakes in Toledo, Ohio.  It was a lovely morning and over 50 people were in attendance for this momentous occasion.
Remarks were given by Jim Karpinski, GLHS Chair, Ohio Senator Mark Wagoner, Toledo Lucas County Port Authority CEO Paul Toth, Toledo Mayor Michael Bell, Thresa Morris – Rep. Marcy Kaptur’s representative, and GLHS Executive Director Christopher Gillcrist.

The new site will include not only the National Museum of the Great Lakes, the Col. James M. Schoonmaker museum ship, and a maritime park.  Work is ongoing on the Schoonmaker; construction on the park and the museum is expected to start in October; with the complex opening to the public in August 2013!