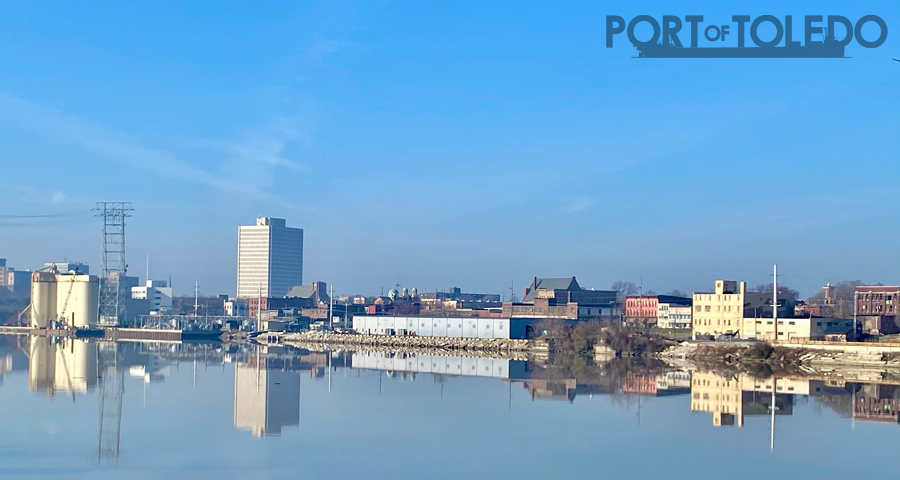 Water Street Between Cherry and Craig

The stretch of the west side of the river between the Martin Luther King Bridge and the Craig Street Bridge has long been a busy part of the Port of Toledo and continues to be busy to this day. One of the primary landmarks is Lafarge Cement Terminal, operated by Lafarge Holcim North America, Inc. Ship watchers on the Maumee River can often see Lafarge’s articulated tug barges coming into their dock to load.