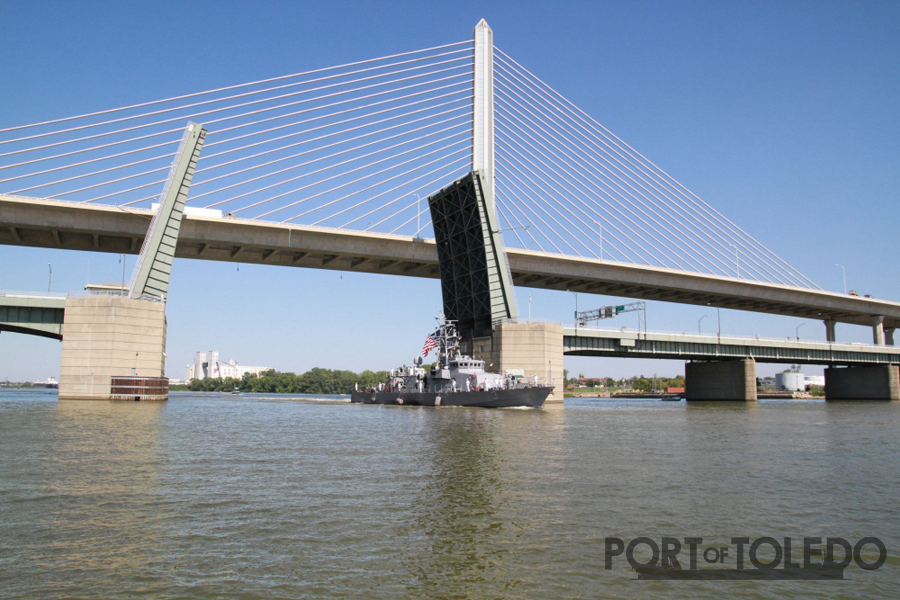 During Toledo Navy Week in 2012, the USS Hurricane (PC3) is seen headed down the Maumee passing under the Glass City Skyway Bridge. She is a specially classified vessel known as Cyclones, acting as a Patrol Coastal ship. This Patrol ship is specifically designed for homeland defense. The vessel is fitted with four paxman diesel engines attached to four prop shafts enabling her to reach a speed of 35 knots. On the main deck she is accommodated with multiple machine guns and heavy gunnery. Cyclone class vessels were operated by members of the Coast Guard scouting along the coast conducting surveillance operations as their main objective.