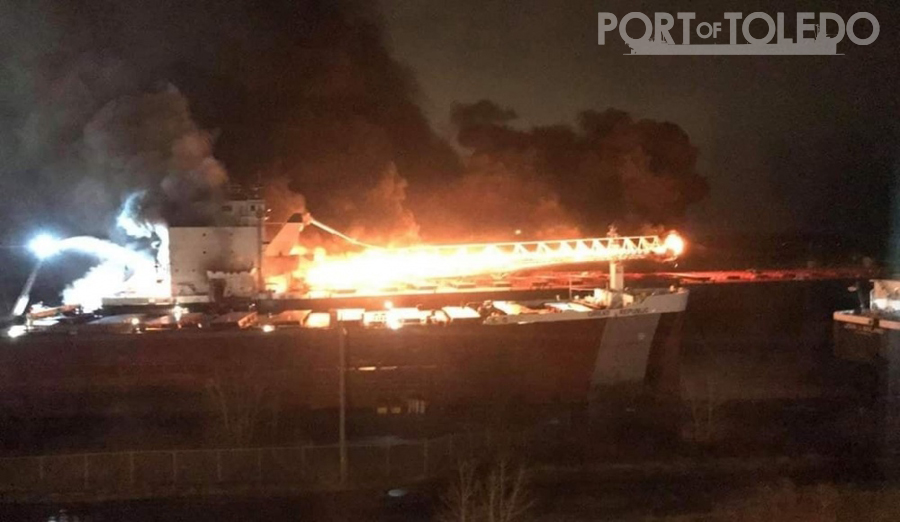 This fire went on for almost two days causing major destruction to the superstructure as well as the unloading belts. While the vessel’s fate has not been announced, it is believed by many that it is a total loss. Until that time, the St. Clair continues to sit in Toledo to await final disposition.