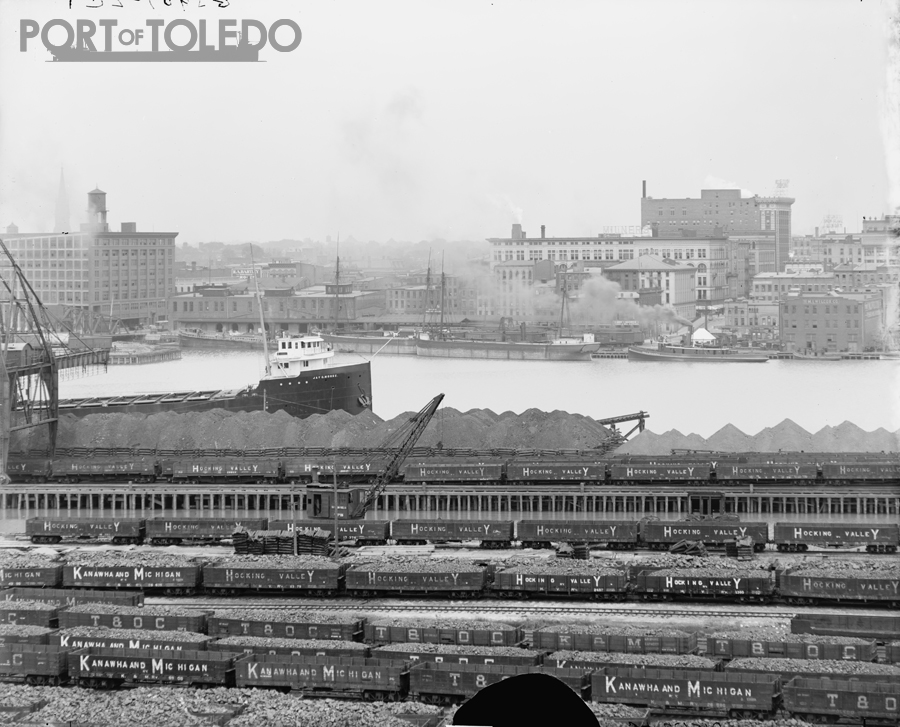 This image highlights the significance of the coal shipping industry in Toledo. Toledo was at the center of a transportation system that connected the railways with the waterways. This image shows the variety of railroads that brought coal into Toledo, like the Hocking Valley Railroad, which brought coal from the coal mines of Ohio’s Hocking Valley. Once in Toledo, it was much more efficient to transport coal by lake freighter. The Jay C. Morse, the lake freighter in the image, was built in 1907 by the American Shipbuilding Company in Cleveland, Ohio for Pickens, Mather & Co. The Morse was over 500 feet long and had the ability to carry the coal from hundreds of railcars in a single trip.