Wreck-a-palooza is a two day event covering shipwreck discoveries across the Great Lakes.  Come hear more about exciting discoveries that are found in the Great Lakes every year – and it isn’t always a shipwreck!  Each day will have two speakers and a box lunch.  These symposiums will take place on Saturdays, April 30 and October 8, 2016.  You have the option to register for one presentation, one day, or the entire symposium (4 talks over the 2 days)  If you register for the full symposium, you will be invited to a fifth presentation on November 12, 2016 which will cover ongoing work from the 2016 season.

The National Museum of the Great Lakes is dedicated to shipwreck discovery, archaeology and preservation.  With the formation of the Peachman Lake Erie Shipwreck Research Center in 2001, we solidified our commitment to our submerged cultural resources.

Wreck-A-Palooza is your chance to learn more about ongoing research happening in the depths of our Great Lakes.  Join us for one presentation, one day, or the full symposium.  We will see you in the deep! 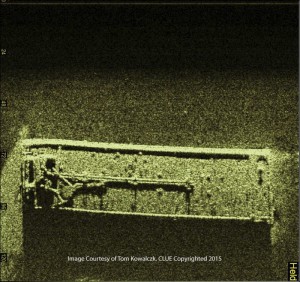 Session 1: April 30
Discovery of the Argo: The Great Lakes’ Top Environmental Hazard
The steel tank barge Argo recently made the news when its discovery was announced on October 25, 2015, at a joint press conference with the U.S. Coast Guard (USCG), Great Lakes Historical Society (GLHS), and Cleveland Underwater Explorers (CLUE) at the National Museum of the Great Lakes in Toledo, Ohio.  The Argo sank 78 years prior on October 20, 1937, in a storm in western Lake Erie.  Its final resting place was never determined until the shipwreck was located by Tom Kowalczk on August 28, 2015.  It sank with roughly 100,000 gallons each of crude light oil and benzol and was listed in 2012 by NOAA as the top environmental threat in the Great Lakes for sunken vessels.  The wreck was discovered to be leaking by CLUE, prompting a major response from the USCG.  Tom will discuss the history of the barge, its sinking, the discovery of the wreck, and the successful cleanup that was performed afterwards. 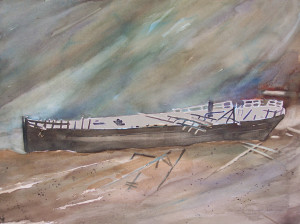 Lost Steamship Discoveries in Lake Ontario
Jim Kennard will take a look at five steamships lost off the southern shore of Lake Ontario between 1862 and 1926 discovered by our shipwreck exploration team during the past 10 years.  The steamer Bay State was built in 1852 and is the oldest propeller drive steamer to have been discovered (2015) so far in Lake Ontario.  He will also profile the only two steel steamers, Roberval (1916) and Nesbit Grammer (1926), lost in Lake Ontario.  Finally, the mid lake burning of the steamer Samuel Hodge and the destruction of the Homer Warren by a fierce northwest gale will be highlighted.