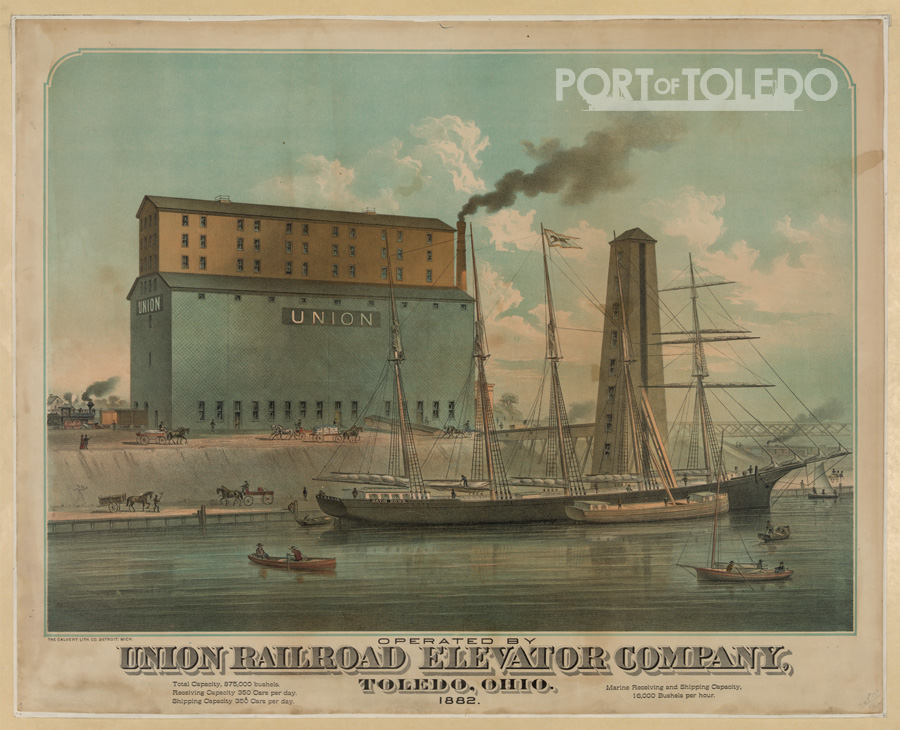 The above 1882 advertisement from the Union Railroad Elevator Company highlights Toledo’s importance as a grain port, railway hub and ship building center. The image shows the company’s impressive facilities and grain elevator, highlighting their capacity in grain bushels both by rail and by water.

The image also highlights Toledo’s shipbuilding with the ship in the foreground, the David Dows. The Dows was the first and only five-masted schooner built on the Great Lakes and the largest schooner in the world upon its completion. The vessel was built in Toledo in 1881, just the year before the Union Railroad Elevator Company produced this advertisement.