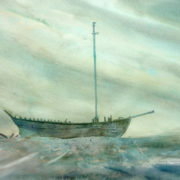 The National Museum of the Great Lakes is pleased to work with extraordinary shipwreck searchers in Lake Ontario as they announce the discovery of the 1803 shipwrecked sloop Washington.

The Washington was built near what is now Erie, PA in 1797.  A sloop is a small, single masted vessel that was used mostly in coastal trading.  The Washington was used on Lake Erie for several years, and then was sold to Canadian merchants in 1800.  They wanted the vessel for use on Lake Ontario – so the Washington was pulled out of the water and dragged across the portage road around Niagara Falls.

On November 6, 1803, the Washington set sail from Kingston with five men on board and various cargos.  She was never seen again.

In June, 2016 a group of searchers, led by Jim Kennard, discovered the remains of the Washington which is believed to be the oldest discovered commercial shipwreck in the Great Lakes.  Their search was funded by a grant from the National Museum of the Great Lakes. 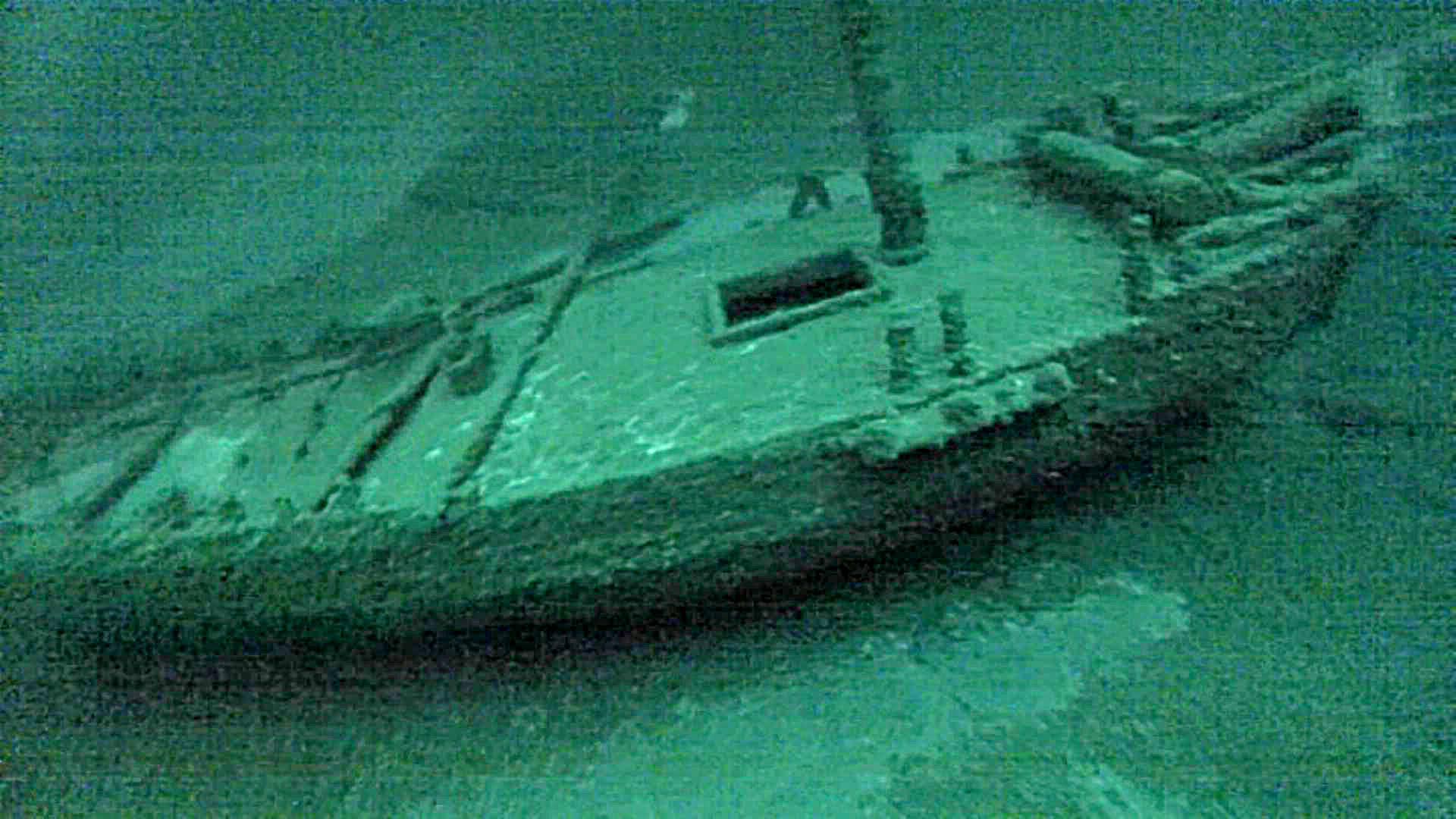 Starboard side of the Sloop Washington Copyright Jim Kennard 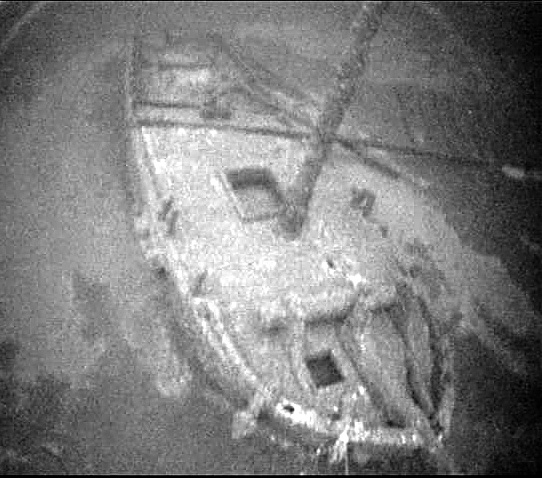 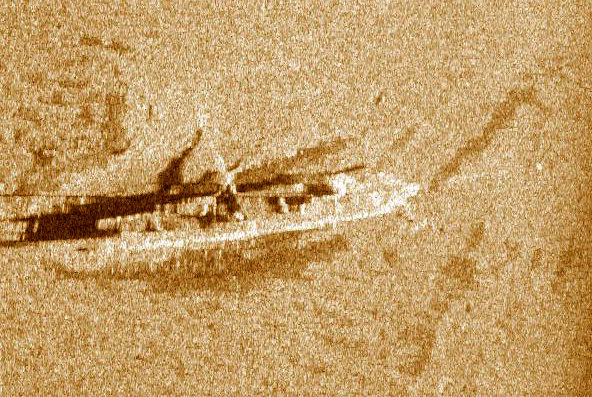 Side scan sonar of the sloop Washington. Copyright Jim Kennard 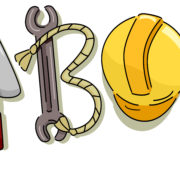 The National Museum of the Great Lakes will be open on Monday, September 5, 2016 from 10 am – 5 pm.  Current and retired members of unions will be admitted free of charge.  This discount applies to the individual only.  (Click here to find admission prices.)

Take this day to be with your family, and come down to see what we have to offer.  Tour the museum and don’t miss the Col. James M. Schoonmaker museum ship! 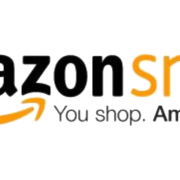 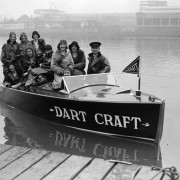 NMGL has worked with Toledo’s KnowledgeStream to record and publish online our ongoing lecture series.  This is a great way to see the lecture if you happened to miss one.  Also, you can check out the wide variety of lectures that we have at NMGL as part of your membership.  To view a video, just click on the talk below.

May 4, 2016 – Scott and Dave Ramsey “Resurrecting the Dart Boat Company”

May 25, 2016 – Ed Perrine “Great Lakes Ladies: A Social History of Prostitution in Great Lakes Ports”    (Warning: This presentation may contain content unsuitable for all viewers) 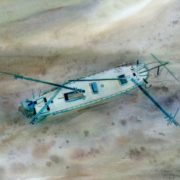 The National Museum of the Great Lakes is pleased to announce the discovery of the Royal Albert.  This shipwreck was discovered in Lake Ontario by Jim Kennard, Roger Pawlowski, and Roland “Chip” Stevens with grant assistance from NMGL.

The Royal Albert was a schooner that was built in 1858 in Oakville, Ontario by John Simpson.  After 10 years in Canadian service, she was sold to H.C. Bolland in Oswego, NY.  The schooner was 104′ with a beam of 23′.   She was listed as a two masted schooner.

On August 9, 1868 the Royal Albert was loaded with railroad rails and left Oswego, NY, bound for Toledo, OH.  The cargo of heavy rails shifted during the journey causing  the sides of the vessel to split.  Fortunately, the crew had just enough time to launch the yawl and escape the sinking ship.

The discovery of this shipwreck in June 2016 fills in another lost story of our Great Lakes history and ties together two countries as the railroad is expanding our countries.  NMGL is proud to be partner with our colleagues in Lake Ontario. 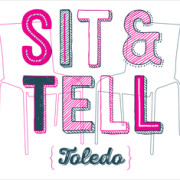 The National Museum is pleased to be the first location in Toledo to showcase the chairs from the Sit & Tell Project.  This exhibition, put together by AIGA Toledo, in conjunction with MTS Seating and the Toledo Arts Commission, gathered stories about strong women and created a chair inspired by each story.  One hundred chairs were created and we will be exhibiting 10 of them in our entrance lobby for the next two weeks.  Come for a visit and learn more about these inspiring women. 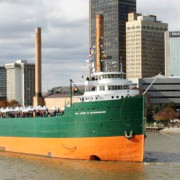 The Col. James M. Schoonmaker Museum Ship will be closed for two hours on Saturday, June 18 from 11 am to 1 pm.  This is to give our team a chance to honor two recently deceased long term volunteers.  We are sorry for any inconvenience.  The boat will be available for visitation from 10 am – 11 am, and then from 1 pm – 5 pm.  The last boarding is at 4 pm. 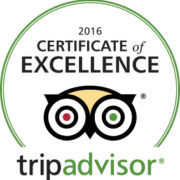 The National Museum of the Great Lakes has been awarded a Certificate of Excellence from Trip Advisor for 2016.  With this only being our second full year of operation, this is a huge accomplishment and we are very proud.

The Certificate of Excellence accounts for the quality, quantity and recency of reviews submitted by travelers on TripAdvisor over a 12-month period. To qualify, a business must maintain an overall TripAdvisor bubble rating of at least four out of five, have a minimum number of reviews and must have been listed on TripAdvisor for at least 12 months.

Come down and see what all the fuss is about!  Information about visiting National Museum of the Great Lakes can be found here.

The National Museum of the Great Lakes, which is typically closed on Mondays, will be open to the public on Memorial Day, Monday, May 30, 2016, from 10am-5pm. To honor those that have served our country, we are admitting all active military and veterans with valid military ID into the museum for FREE. This discount applies to the individual only.

Due to a number of factors – we have had to cancel our Museum on the Move program for Thursday, May 26.  The Jet Express trip from Port Clinton to Toledo – as well as the trip from Toledo to Put-In-Bay has been cancelled.  We thank you all for your excitement and participation in this event.   If you haven’t received a phone call – you will soon to arrange your refund.

Be sure to check out our next Museum on the Move event – June 23-25 – a bus trip to the Soo for Engineers Day.  Learn more about that opportunity here.

And continue to watch our web site, your Chadburn(e), and other mailings for future Museum on the Move events!