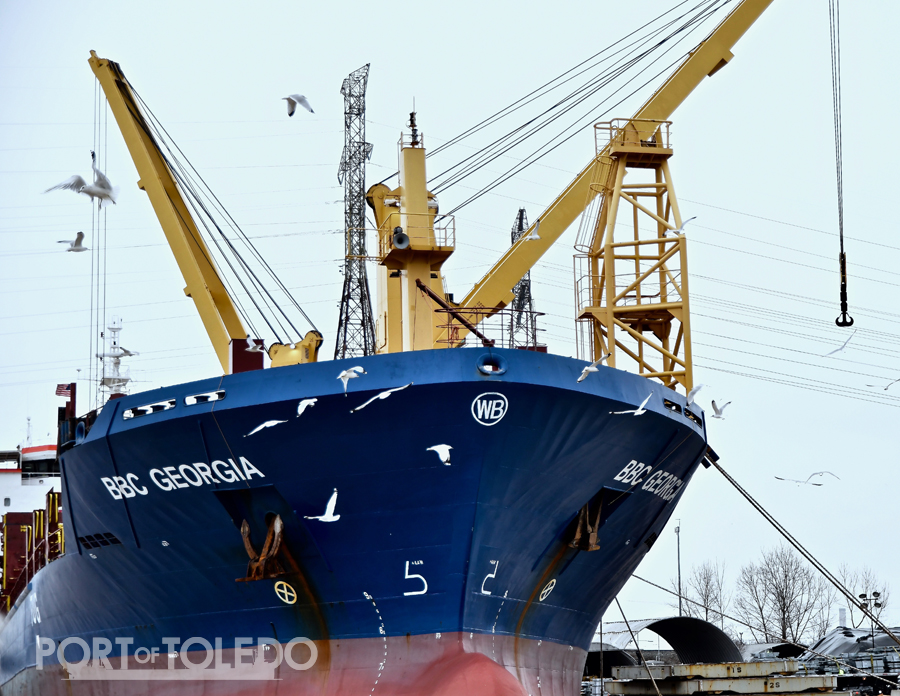 The BBC Georgia is a general cargo ship saltie that was built in 2008.  It is shown here tied up in Toledo on December 1, 2018.  The vessel must have brought cargo into Toledo as it then loaded grain in Godrich, Ontario and left the Great Lakes.  At the time of the writing of this post, the BBC Georgia was docked in the Marmara Sea in Turkey where it was delivering a cargo that had been picked up in Qatar. It is owned by BBC Chartering and is flagged in Antigua & Barbuda.