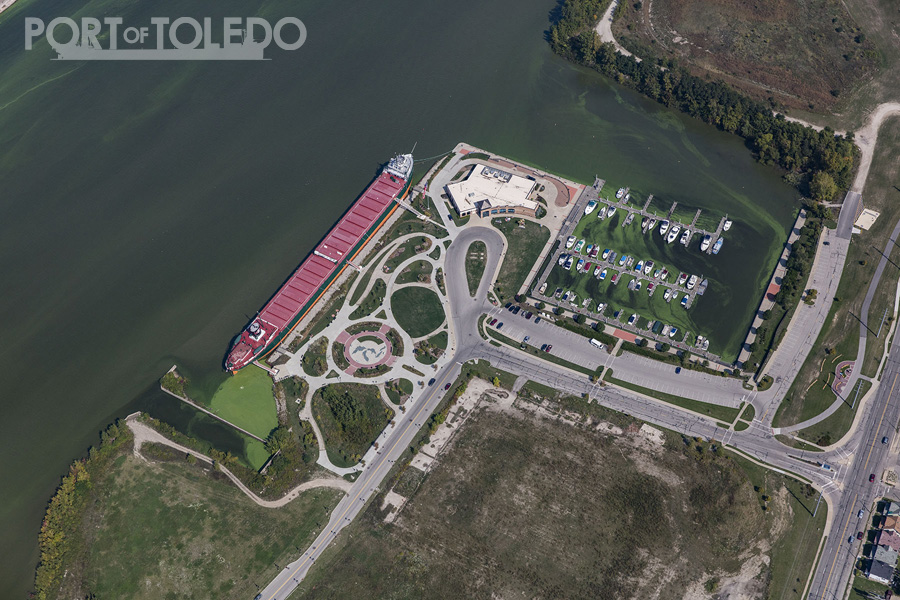 There are always pluses and minuses to forward movement in technology. One of the minuses particularly affecting the Maumee River due to enhanced farming techniques, is the proliferation of toxic algae. Taken in September of 2017, this image shows the water around the Col. James M. Schoonmaker Museum Ship and the Skyway Marina. Usually this has little direct effect on most citizens, but in 2014, the algae bloom was so immense that the water treatment plant could not keep up with it and later released a general ban throughout Toledo on using tap water.